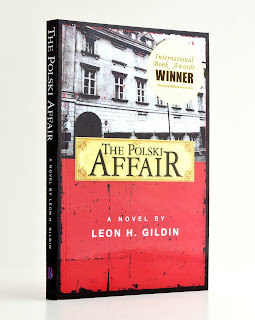 I am very excited today to have Leon Gilden, the author of The Polski Affair, as a guest on my blog. His novel sounds very intriguing and I can't wait to read it. Stay tuned for a review and giveaway of this novel in the near term future when I receive the book.
Inner conflict
by Leon H. Gildin, www.leongildin.com
Let me tell you something about myself and how I came to write an award-winning novel dealing with a woman's innermost thoughts.
Some thirty years ago I practiced law in New York and had a client who was a film and stage producer, intellectual and a professor of religious studies at a major seminary. One day he brought a friend into my office by the name of Abraham Shulman who was introduced as a newspaper man and author who wrote in both Yiddish and English.
Shulman and I got along well; he was a very bright guy, but a bit of a "noodnik" (a nuisance). He'd come into the office without an appointment, would sit and talk regardless of what I had to do and when it came time to pay a fee, he vanished. Nevertheless, I liked him and I would always read what he wrote and, if the truth be known, enjoyed his stories and his conversation.
One day Shulman came in with his latest "magus opus," a book entitled "The Case of the Hotel Polski," published by Holocaust Press and distributed by Schocken Books. Those names alone made me realize that it was something of value. I don't recall whether he ever told me what got him interested in the subject matter. "The Case of the Hotel Polski" was a bizarre and unbelievable story about a Nazi plot to trade Jews who survived the destruction of the Warsaw ghetto in 1943 for Germans interned in foreign countries. A strange and hitherto unknown piece of the Holocaust.
The book consisted of a lengthy introduction dealing with Shulman's research and then 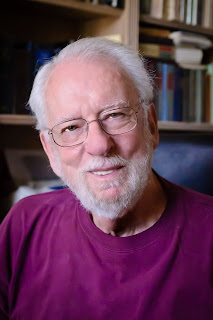 recounted interviews with "guests" of the hotel, telling how they got there, what went on there and how they survived. It was fascinating and as Shulman said at the end of his introduction, words to the effect, the more that was learned, the more confused the conclusion.
I put the book away for, I don't know how long, but the stories of the survivors never left me. Years later, I reread it and decided that the material would make an absorbing stage play. I was familiar with playwriting but after two scenes it became obvious that there were so many characters that a play would not work. So back in the drawer it went, but I kept my notes in a separate folder.
I retired, came to live in Arizona and now I had time to write. I found the old folder with my notes and my scenes, I found the book but this time when I read it I underlined and copied those facts and those interviews that I felt would be relevant in telling the story.
It was my decision that an attractive woman who had survived the horror of the destruction of the ghetto and told her story would be the most intriguing. But one story was not enough. I had to introduce more characters, more action, more situations, all culled from the interviews. It was also important to show how absurd the Nazi plan was, assuming they truly believed what they sought to accomplish could, in fact, be accomplished.
Rosa opens the story in her own words. She survived for reasons over which she has no control and, subsequently, meets and becomes both friends and family with another couple who survived for reasons totally beyond their control. When Rosa, now known as Anna (you must read the book to understand why the name change), learns that there is to be a reunion of survivors at the hotel she is driven, not by reason and against the wishes of her friends and family, but by her own demons, to attend. Her feelings, her emotions, her lies, her guilt, are what drive her throughout the story, despite her relatively good life in Israel.
I have spoken on many occasion about the book and am always asked why I wrote the book from a woman's point of view. The answer is that the essence of the story is, to a degree, derived from Shulman's interviews. Writing from a woman's point of view came about naturally, and the more I wrote the easier it became. Easy because what happened to the characters in "The Polksi Affair" was not planned. Their survival was fortuitous, and the story simply told itself. 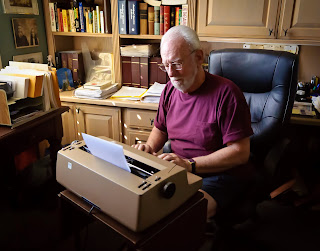 The book won an award for historical fiction. Every place mentioned in the book is real: the hotel, the prison, the ghetto, the cemetery. The characters, what happens to them and how they survive, mostly all fiction.
So the most I can ask of the reader is to see if they understand my reason, my motivation for writing the book. And it is only fair that the reader know that the book caused many people to ask me what happened to the families after the book ended. That was a puzzling question. People who read the book wanted more. So I recently completed a sequel with the working title, "The Family Affair." A new agent/publisher is being sought, and I promise that anyone who buys and reads "The Polski Affair" as a result of this blog on Laura's Reviews and gets back to me at www.leongildin.com with their thoughts, will be entitled to a free copy of the sequel.
So let's be in touch.
Posted by Laura's Reviews at 9:33:00 AM