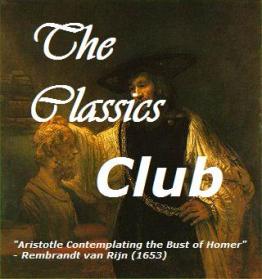 I first read about The Classics Club on Lakeside Musing.  I was intrigued.  I have read a lot of classics in my life, but I feel like I haven’t read that many in the past five years or so.  I have a LOT of classics in my “to read” bookshelf at home so I started to make a list of them. I also added in a few books I don’t own that I would really like to read, and also a few that I’ve already read that I would love to read again.
My list has ended up long – 116 novels!  My goal is to try to finish this list in five years.  January 1, 2021 is my completion date.  I plan to link all of my reviews on to this page and I may update and change the list as we go along . . . we’ll see where this leads.  I just want a way to inspire me to get back to reading the classics and to read the books I already own!  What do you think of my list?