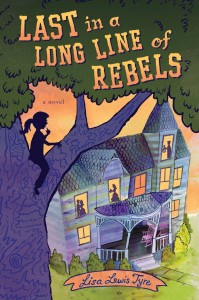 Last in a Long Line of Rebels has everything I look for in a middle reader novel, adventure, mystery, a great group of friends, and a message of hope. In this novel, a young group of friends look for lost Civil War gold in an attempt to save the heroine, Louise’s, home from destruction.  Louise Mayhew is the junkman’s daughter living in a historic home that has been in the family since before the Civil War. She is challenged by snooty Sally on the last day of school that she will not have an exciting summer.  Louise takes up the challenge and soon embarks on an adventure with her cousin Patty, and two guy friends Benzer and Franklin.

While visiting a museum about local history with Louise’s feisty grandmother, Bertie, the crew discovers that Louise’s Great-Great-Great Grandfather may have stolen and hidden gold during the Civil War and may also have killed Franklin’s ancestor during the deed.  The crew search through the house, junkyard, library, and museum for clues.   Louise makes discoveries about herself and her family, such as the disturbing fact that her mother’s art studio was once a slave cabin.  She can’t believe her family owned slaves.

There is also a great sub-story about Isaac, a high school athlete that work’s for Louise’s Dad.  He is denied a scholarship because of his race, but he dreams of playing football for the University of Tennessee.  Will he be able to make his dream come true?

I thought this was a great adventure and coming of age story.  I also loved how it used both history and current day to tell a story of tolerance and acceptance of all people.  I also loved how Louise found her namesake’s diary and learned the real story of what happened during the Civil War.  I loved reading this as an adult, but I know that as a child, this would have been exactly my type of book.  Sadly my sons are on a Star Wars fix so I was unable to get them to read this with me.

I also loved the setting of Tennessee and the small town.  I’ve never been to Tennessee, but I have lived in small town America most of my life.  I loved the Southern lifestyle, but how all small towns are the same with bullies and heroes.  I was distressed about “chocolate gravy” though.  What is chocolate gravy?  I don’t know whether I should be horrified or want to eat it.

Some of my favorite quotes:
“Some people like comfort foods; I like comfort clothes.”  Louise is my kind of person

“You’d be amazed how quickly people can forget their own history if you don’t preserve it.  And when you forget the past, you’re bound to repeat the same old mistakes.”  Bertie (Grandma) to Louise.

“As a general rule, I try not to say anything hurtful about people, even jokingly.”  Daddy said to the group.  This is a good rule to live by.

Overall, Last in the Long Line of rebels was a gem of a book.  I highly recommend it for both middle readers and adults alike that are looking for a great story that includes

Book Source:  Review Copy for being a part of the TLC Book Tour.  Thank-you! 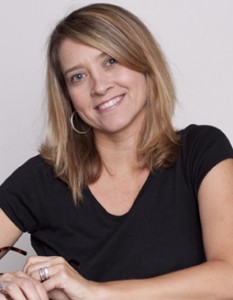 Men have been murdered for the silver they carry in 1788 Alabama. Frenchman Le Clerc is on the trail of the murderers, an unlikely trio of an escaped African American slave named Bob, a Native American named Istillicha, and an escaped white murderer on the run, Cat.  What has made these three very different men bond together and commit this crime?

Free Men tells the tale of each of three men interspersed with the tale of the manhunt and Le Clerc’s past.  The story of these characters is the story of America.  Le Clerc was raised as a wealthy man with little love from his mother in France.  He decides he wants to explore the wider world and leaves his wife in France for America.  He travels around America taking different Native American wives and doing tracking work for different tribes.

Bob is a slave who is split up from his family in Virginia and sent to a plantation in Florida.  He grows to manhood working sugarcane fields and falls in love.  He is not allowed to follow his love and she is sold.  It is arranged that he will take a new slave, Winna as his wife.  They have two daughters, but Bob continually feels the call for freedom.

Cat grew up dirt poor with a moonshiner father and no mother.  After his father’s death, he lived a vagrant existence at an orphanage, a surgeon, and then a pastor’s house.  He falls in love and carves out an existence for him and his wife, but then tragedy visits the young family which sets Cat on a path of desperation.

Istillicha was the nephew of a great chief, but growing up he saw an enemy kill his Uncle, his brother who was next in line to be chief, and then takes over the tribe.  Istillicha spends his growing years plotting vengeance, but then he falls for his enemy’s niece and works on saving up enough money to marry her.  When he returns home one day to find both Polly and his money gone, he sets off on a path of revenge.

Free Men is both a thriller tale of tracking down the murderers as well as a deep look into what caused the murder and theft.  I loved the background of each character and what brought them to this place.  I also loved how it was a slice of America in 1788.  The Revolutionary War was brought up in the story as the characters grew up, but it seemed to exist around the characters who were not a part of the fight.  Each man had a different experience, but it was not an easy life or world to live in.  I felt sorry for all of them in their own way.  I can’t imagine being Bob and to not even have the freedom to marry who you loved, but to be basically breed with another human being that your master bought for that specific reason.  Cat lived a completely lonely life without much affection and when he finally found it, he couldn’t keep it.  Istillicha focused his life on his vengeance and when he started to take a different path to love, it didn’t work out.  Le Clerc was very self-important, but leaving his wife and life behind in France, he was a lonely individual as well.

Overall, Free Men is an intriguing historical fiction novel with an interesting mystery and fascinating portrayals of characters living in America in 1788.  It takes a deep look into the meaning of freedom. What are you free from?  I would highly recommend it.

Some of my favorite quotes:

Le Clerc writing in his journal, “My singular obsession with the anthropology of men, my ability to predict their movements with ease, led me to the enemy, the errant wife, the fugitive slave.”

Another Le Clerc gem, “Each of them has some sin in his heart which he wouldn’t wish me finding.”

Bob, “I tell you, you just think of all of my people, all of your people, who’ve been cut down for nothing, not even so men can be better so they can be richer, and richness just twists their hearts so after all, they're worse men they were.”

Le Clerc, “There is something of America in all this . . . . There is a desperation about these men that suggests they do not reside on the rung of the criminal but, like all men here, are pursuing what might be called advancement or hope.”

Cat, “I don’t think being free means being alone.”

Book Source:  I received this book for review as part of the TLC book tour.

In 1788 three men converge in the southern woods of what is now Alabama: Cat, an emotionally scarred white man; Bob, a garrulous black man fleeing slavery; and Istillicha, who seeks retribution after being edged out of his Creek town’s leadership.
In the few days they spend together, the makeshift trio commits a shocking murder that soon has the forces of the law bearing down upon them. Sent to pick up their trail, a probing French tracker named Le Clerc must decide which has a greater claim: swift justice or his own curiosity about how three such disparate, desperate men could act in unison.
Katy Simpson Smith skillfully brings into focus men whose lives are both catastrophic and full of hope—and illuminates the beating heart of a new America. A captivating exploration of how four men grapple with the importance of family, the stain of guilt, and the competing forces of power, love, race, and freedom.

Katy Simpson Smith is the author of a study of early American motherhood, We Have Raised All of You: Motherhood in the South, 1750-1835, and a novel, The Story of Land and Sea. She lives in New Orleans. Connect with Katy Simpson Smith through her website.