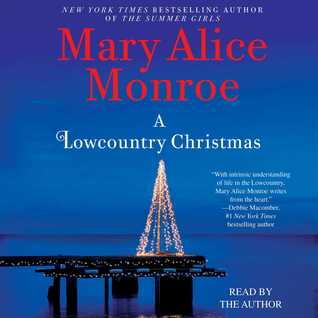 A wounded veteran has returned from Afghanistan with wounds that no one can see – PTSD.  Taylor McClellan is struggling to make it now that he has returned to the U.S. and finally goes back home to Sullivan’s Island South Carolina to celebrate Christmas.  When he returns home, he discovers that his family is in dire straits.  His father is the captain of a shrimp boat that has been docked and he is struggling to find jobs to make ends meet.  His mother Jenny is trying to keep the family together.  Taylor’s young 10-year old brother, Miller, is having a particularly hard time.  Miller really wants one of his friend’s puppies for Christmas, Sandy Paws.  Sandy costs $300 and his father makes it clear that their family cannot afford Sandy for Christmas.  Instead Miller gets the return of his brother for Christmas.  A brother that spends all of this time in his room drinking.  As the McClellan family Christmas heads towards catastrophe, a special gift for Taylor might help to turn things around.  As disaster strikes, the family remembers what the most important things are for Christmas.

I really enjoyed this audiobook.  The story was very compelling.  I liked the look into the struggles of a wounded veteran and in particular the look into how service dogs can help people with PTSD.  I also loved 10-year old Miller’s story.  Miller is the same age as my oldest son.  As I would tell my family snippets of this book as I listened to it on my way home, the boys were quite intrigued with Miller’s story and his love of Sandy Paws.  I’ll admit that I wasn’t so sure about Mary Alice Monroe as the narrator when I first started listening to the book.  The story is told from three different narrators, Miller, Jenny, and Taylor.  I thought she nailed Miller and Jenny’s voices and characters, but I had a hard time with her as Taylor and kind of wanted a man in that role.  As I continued to listen to the book, it grew on my and Monroe’s voice for Taylor was Taylor.

I have not read any other books in the Lowcountry series and thought this book worked well as a stand-alone novel. In the Epilogue it did flash forward to Christmas 2015 (five years in the future of this book) to see where the McClellan family was at that point and to introduce new characters.  It intrigued me and made me want to find out more of Taylor’s story.  I definitely need to read more of this series!

I enjoyed how the start of each chapter had a quote from one of my favorite Christmas books – A Christmas Carol.  I also liked the recipes at the end of the book.

Overall, A Lowcountry Christmas had unforgettable characters, dogs, and the true meaning of Christmas wrapped up in a cozy tale.  I enjoyed this one and hope that you do to!
Posted by Laura's Reviews at 4:22:00 PM 3 comments: 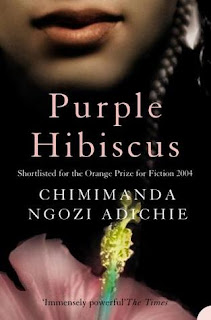 Purple Hibiscus is the story of a young Nigerian girl, fifteen year old Kambili.  The daughter of a very wealthy man, she lives a life of privilege with her parents and her brother Jaja.  Things are not always what they seem and behind the closed doors of their home, Kambili lives a life of fear with her abusive fanatical father.  He is a “super” Catholic, but has interpreted the tenants of his faith wrong and feels the need to punish his wife and children to keep them on the right path.

Kambili and Jaja go to visit their Aunt Ifeoma and her children for the first time and discover a very different world where you have to worry about getting enough food to eat, gas for your vehicle, electricity, and water.  Aunt Ifeoma is a University Professor, but the growing unrest in the country and at her University have made times hard.  As the country falls apart, so does Kambili’s world.  Will she be able to find happiness?

Purple Hibiscus is the December pick for the FLICKS Book and Movie club.  Sadly my vehicle died the night of book club and I was not able to make it.  I would have liked to go and discuss this book.  I thought it was very interesting and gave me hints of one of my favorite books, The Poisonwood Bible.  I really liked that Kambili’s father was a complex character.  He wasn’t just an abuser, he was a man trying to do the right thing on the national stage and work against the dictator, but that was causing harm to his workers and himself.   He helped out a lot of people, but not his own family.  I also like the glimpse into Aunt Ifeoma’s life as a university professor and also the dialogue about Catholicism in the country versus those that follow the old religion.  There was so much to discuss!

Overall, Purple Hibiscus was a fascinating look into politics and religion in Nigeria and how it affected one girl’s life. 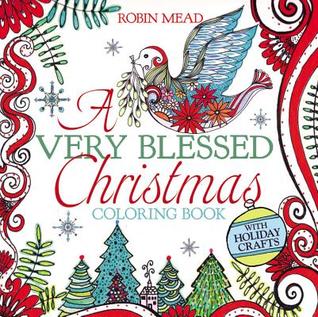 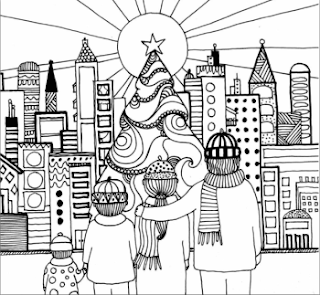 A Very Blessed Christmas coloring book has intricate pictures that will keep an adult busy and relaxed with coloring, preferably next to a fireplace with a mug of hot cocoa.   The pictures are intricate enough to make it an adult coloring book versus a coloring book for a six year old, but not so intricate to turn off a novice like myself.  Pictures range over a wide variety of topics including carolers, snow covered cottages, Christmas trees, the nativity scene, hot cocoa, a church scene, Mary and Baby Jesus, a dove, angels, etc.  Inspirational Bible passages are also located throughout that you can read while coloring.  Some of these passages include:

“Glory to God in the highest, And on earth peace, goodwill toward men!”  Luke 2:14

“Now may the God of hope fill you with all joy and peace in believing, that you may abound in hope by the power of the Holy Spirit” Romans 15:13

“For to us a child is born, to us a son is given . . . And he will be called Wonderful Counselor, Mighty God, Everlasting Father, Prince of Peace.”  Isiah 9:6

Also included in the back of the book are great holiday crafts including bookmarks and items that can be made into ornaments, gift tags, or to decorate Christmas cards.  I love crafts and am going to use these with Penelope to make some fun Christmas ornaments and bookmarks this year.

Overall, A Very Blessed Christmas Coloring Book has many intriguing designs to color and I appreciated how it has the religious coloring pages included that are the very meaning of Christmas. The craft pages are the back are a great bonus.