I’ve Got You Under My Skin by Mary Higgins Clark 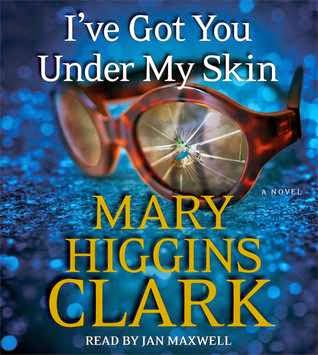 I’ve Got You Under My Skin was the best Mary Higgins Clark that I’ve read / listened to in years.  I’ve been a Mary Higgins Clark fan since I was a teenager and was able to listen to her speak and get an autograph around ten years ago at a Milwaukee Public Library event.  I learned at that event that I can admire authors, but have a hard time thinking of anything to say once it is my turn for an autograph.  I become instantly tongue tied when faced with someone I admire.

I’ve Got You Under My Skin is a riveting mystery that is great for making my long drive to and from work go by swiftly.  The novel starts with the brutal murder of a young doctor in front of his three year old son, Timmy.  The murderer tells young Timmy that his mother is next and then it will be him.  Five years later, Timmy’s mother Laurie is putting together a reality show that features cold cases and a recreation of the events by those involved.  Her first show will be based on the murder of wealthy Betsy Powell the evening of a lavish graduation gala that she held for her daughter Claire and three of Claire’s friends.  The graduates have lived with a cloud of suspicion over them for the last twenty years and all are more than happy to accept money both from the production and Betsy’s husband to have a chance to clear their names.  The story is split between the Betsy Powell mystery and Laurie’s mystery.  I liked how the two stories intertwined and kept me guessing on who the murderers would be and also what they had for motives.

I haven’t read all of Higgins Clark’s novels, but of the ones I have read the past ten years or so, this is my favorite.  The characters were great and the storyline was crisp.  I also like how there is no vulgar language or sex scenes.  It’s also very impressive that Mary Higgins Clark is now 86 years old and still manages to write such great novels.   This mystery was perfect as an audiobook and Jan Maxwell was a wonderful narrator.

Overall, if you are looking for a good mystery on audio, I’ve Got You Under My Skin is an excellent choice that will keep you intrigued.
Posted by Laura's Reviews at 3:37:00 PM 2 comments: 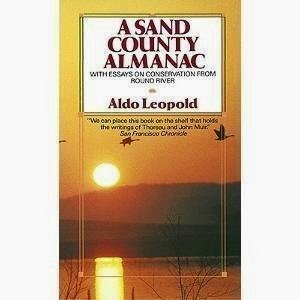 A Sand County Almanac by Aldo Leopold has been on my “to read” list for eighteen years.  I’ll admit that I didn’t hear of this bible of environmental science until I started at Michigan Tech in 1996.  In our Intro class, my friend and future roommate, Corinna, told me all about A Sand County Almanac. Her enthusiasm had me put the book on my “to read” list.  I don’t know why it has taken me so long to read it!  Now I teach environmental science and we talk about Aldo Leopold, which led me to decide over the summer to finally read the entire book.  It did not disappoint.  A Sand County Almanac is a beautifully written love letter to the natural world and all who love it.

Part I is split into monthly writings about nature on Leopold’s sand county farm in central Wisconsin.  He brilliantly discusses the history of the area through the chopping down of tree.  I found it very interesting scientifically, but also because I now live in Wisconsin.  I read parts of this section out loud to my family and they enjoyed it.  It made everyone think.  Part II is the Quality of the Landscape where Leopold talks about the landscape, ecology, and natural history of various parts of the US including Wisconsin, Iowa, and the Southwest.  Part III is Leopold’s musings on various topics, including my favorite, “The Land Ethic.”

The book included wonderful drawings by Charles W. Schwartz.  They went along perfectly with the readings and enhanced my reading pleasure.  My kids enjoyed flipping through the book and looking at them as well.

Some of my favorite quotes from A Sand County Almanac were:

“When we see land as a community to which we belong, we may begin to use it with love and respect.”

I kept the copy from the library to use as a prop for my Intro to Environmental Science class and I think I got a few people interested in reading it.  I need to purchase my own copy!
Overall, an excellent book about nature and conservation – it’s a must read for all!  I wish I wouldn’t have left it on my TBR list for so long. 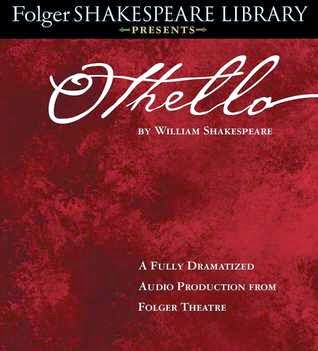 I spent an educational drive to work a couple days last week as I listened to a full cast full length dramatic reading of Othello by The Folger Theatre Shakespeare Company.  They did an excellent job with bringing the entire production to life and making it very enjoyable to listen to.  I especially enjoyed the music that accompanied the performance between scenes.

Othello is a Moor and has fallen in love with and married Lady Desdemona who is a Venetian.  Desdemona’s father is in despair as Othello is black and Desdemona is white.  There is much rough talk by other characters on the nature of the two being together when they inform Desdemona’s father.   The marriage is declared valid and the two newlyweds are happy and in love, until Othello’s friend/enemy Iago is driven by jealousy and makes Othello believe that Desdemona is cheating on him.  This is a tragedy so all does not end well.

I enjoyed listening to this Shakespeare play again as it’s been a good 14 years since I’ve read it.  I had an easier time listening to this play as compared to Macbeth as I could tell by the voices who was speaking.  I think the Scottish accents in Macbeth may have thrown me off.  As a modern day listener, I wanted to shake Othello and tell him that he just needed to go and have an adult discussion with his wife rather than listen to everything that his friend told him about her.  Still jealousy did not end in modern times so it’s interesting to ponder human frailties in Othello.  I think Shakespeare is for listening rather than reading, and listening to an audiobook is the next best thing to seeing the plays performed live.
Posted by Laura's Reviews at 3:09:00 PM 1 comment:

The Phantom of Fifth Avenue by Meryl Gordon 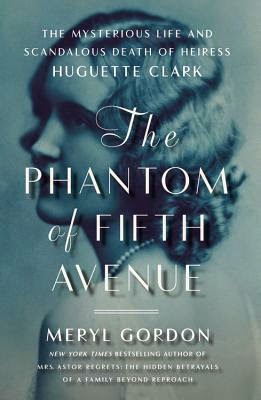 The Phantom of Fifth Avenue is subtitled “The mysterious life and scandalous death of heiress Huguette Clark.”  Huguette Clark died in 2011 at 104 years old.  She was born in 1906 and was the daughter of forgotten copper baron, William Andrews Clark.  Clark was at one time the second richest man in America and was also a Senator for Montana.  Huguette was his second daughter by his second much younger wife, Anna la Chapelle (William Clark was 39 years Anna’s senior).

Huguette Clark became a fixture of the news when she died as it was discovered that she owned three apartments on New York’s Fifth Avenue, a 23-acre oceanfront compound in Santa Barbara California, as well as a country house in Connecticut, none of which she lived in.  Huguette spent the last twenty years of her life living in a hospital.  After her death there was a fierce battle over her $300 million estate between her relatives and her late in life caregivers.

Huguette’s life was fascinating.  For a non-fiction book, I read through it rather quickly and had a hard time putting it down.  Huguette has an older sister Andree that died tragically young.  She also had an ill-fated one year marriage to William MacDonald Gower that ended in divorce.  Her marriage and every move were reported by the press and one could see why she would want to close herself away from life and gossip and live a quiet life.

Huguette’s passion in life was painting and she was a very talented artist.  She studied under Tade Styka and was godmother to his daughter Wanda.  As Huguette aged, she kept in contact with Wanda and her other friends via phone calls and stopped seeing anyone in person.  The last time she was seen by her relatives was at a funeral in 1968.  In one poignant vignette, some of her family would stand across the street and wave at her apartment when they were in town.

After being diagnosed and treated for skin cancer, Huguette entered the hospital and refused to leave . . . for the next twenty years.  This all seemed very non-ethical to me.  The hospital and staff basically kept her on as she gave them large monetary gifts and they tried ways to convince her to give them more money.  She also hired a private nurse, Hadassah Peri, who worked 7 days a week, 12 hours a day to be by Huguette’s side for the remainder of her life.  For this service, Hadassah received $31 million in cash throughout Huguette’s life and was also named in her will.  Also named in the will were her attorney Wallace Brock and her accountant Irving Kamsler.  Not named was her family.

Before Huguette’s death, some of her relatives started to wonder why they couldn’t see her and whether she was receiving proper care.  After her death the questions remained, especially on whether their aunt was being used for her money by those that should have been taking care of her.

Overall, I was saddened by the fact that Huguette wanted a private life and in death her life is anything but private.  I was also saddened that almost everyone around her was motivated by her wealth.  Although these two points made me sad, her story was riveting overall.  It gives you a glimpse of the Gilded Age and well as life of a wealthy lady through the twentieth century.  It also has themes of greed.   I highly recommend it. 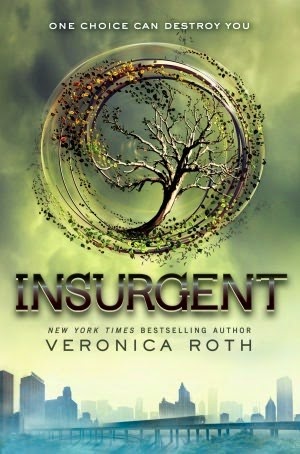 Insurgent is book two in the Divergent trilogy.  It’s hard to explain this one without ruining the plot.  Tris has made it through the training and has been selected to be initiated in her chosen faction, but war between the factions has broken out.  As a divergent, Tris finds herself among the hunted and also discovers that there are more divergents like herself.  Tris and Four find themselves at odds, but also working together with a team to try to bring peace back to the factions as well as to discover, why are their factions?  Why is there a fence around their community, what is on the outside?  I still want to know!

Insurgent wasn’t a strong a novel as Divergent, but I still highly enjoyed it.  I read through it quickly and thought it was very action packed.  I can’t wait to read Allegiant and see how it all ends.  Overall, this series is great and highly recommended!

Book Source:  A Birthday Present from my Husband