All About the Brontes Challenge 2010 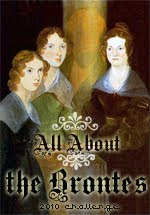 Do you enjoy a good gothic novel? Do you wonder what it would have been like to be a part of a trio of three gifted sisters living a lonely existence in the moors? Then you will enjoy the All About the Brontes Challenge!

I have greatly enjoyed being a part of Stephanie's Written Word Everything Austen Challenge. Over the past few months, I have been inspired by her challenge to host my own challenge aimed at the exploring the Bronte sisters; their works, their lives, and the spin-off novels of today.

I have loved the Bronte sisters since I first became obsessed with them in high school. I read all of their novels in short order, have watched every movie version I can get my hands on, read countless biographies, and also enjoy reading any spin-off novels I can find. It's interesting that most Bronte based spin-off novels use the sisters themselves as main characters rather than their fictional creations.

Charlotte, Emily, and Anne Bronte were three very talented sisters who lived in England during the Victorian age.
Charlotte Bronte was my first Bronte obssession. Her first novel, Jane Eyre, was a masterpiece. Bronte was able to take many of her real life experiences as a poor girl in a terrible school and later as a governess and bring them to life in this magnificent novel. The novel transcends just a tale of her personal trials by being a novel about a strong, independent, woman of the Victorian era who will not sacrifice her personal ideals for an easier road through life.

Of course the gothic elements such as a Byronic hero in Edward Rochester and a mad woman in the attic make this a riveting tale. Her later novels (Shirley, Villette, and The Professor) are also good reads, although I must confess that Jane Eyre remains to me the best of the bunch.
I then discovered Emily Bronte. Emily only lived a short, brief live, but she was able to

produce one fantastic novel of immense passion, Wuthering Heights. Poor Anne Bronte is often forgotten as the youngest sister, but I must admit that I love her novel The Tenant of Wildfell Hall as well as Agnes Grey. I rate The Tenant of Wildfell Hall up there as a masterpiece with Jane Eyre and Wuthering Heights.
Challenge Details
1. The All About the Brontes challenge will run from January 1st to June 30, 2010. You can post a review before this date if you wish.
2. You can read a book, watch a movie, listen to an audiobook, anything Bronte related that you would like. Reading, watching, or listening to a favorite Bronte related item again for the second, third, or more time is also allowed.
3. The goal will be to read, watch, listen, to 3 to 6 (or beyond) anything Bronte items.
4. Please sign-up by posting your blog entry on the number of items and what items you would like to do for this challenge below in Mr. Linky (Don't just post your blog's URL). Don't worry, you can do different things than you have listed. I myself am not always good at sticking to lists!
5. Please post your reviews here.
6. Enjoy!
What Bronte items can you read/watch/listen to? There are plenty! Here are a few suggestions.
The Original Works 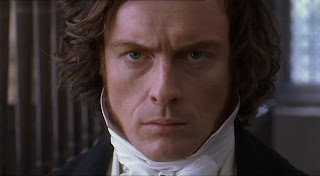 Email ThisBlogThis!Share to TwitterShare to FacebookShare to Pinterest
Labels: All About the Brontes Challenge, Bronte Sisters 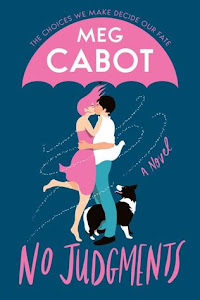 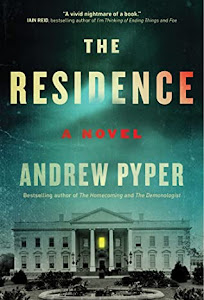 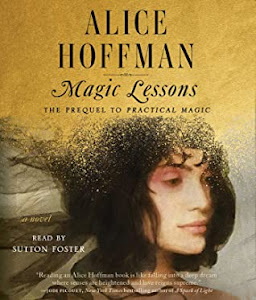