Mrs. Everything by Jennifer Weiner 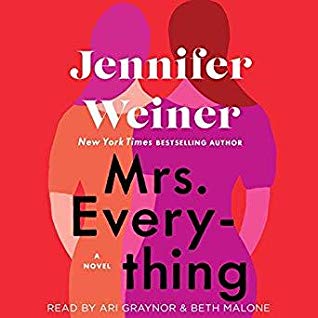 Mrs. Everything is an ambitious novel by one of my favorite authors, Jennifer Weiner, that tells the story of two sisters and the hurdles they faced growing up in the latter half of the twentieth century.   Jo and Bethie are two very different sisters growing up in 1950’s Detroit Michigan.  Jo is an athletic tom boy that constantly fails to meet her mother’s expectations, while Bethie is a perfect girly-girl who seems to have everything going for her.  When a series of events changes their world, the girls find themselves on different paths finding their way through life.  The novel follows their lives from the 1950s to present day.  What challenges will they face and how will their relationship fair?

Mrs. Everything was an excellent family drama. I liked the complicated look at motherhood through the years.  It was interesting that Jo had such problems with her own mother only to have her daughter have difficulties with her.  The novel also looked at sexual violence and the effects it can have through the years.  The book also showcased the difficulties that Jo faced as a lesbian woman unable to live the life that would fulfill her emotional needs.  There were a lot of heavy topics in this novel, but good topics to discuss.

I liked that the names of the two main characters, Jo and Bethie – are names reminiscent of Little Women.  I’m assuming that is on purpose as their personalities even fit. Jo is the boyish one who wants to be a writer.  Beth is the more docile daughter that follows her mother’s wishes until a few tragic events change the course of her life.

This audiobook had two narrators to go with the alternating chapters and viewpoints, one for Bethie and one for Jo.  It worked very well. Narrators act out the conversations that take place in the audiobook and I greatly enjoyed that. I don’t think myself too prudish, but the sex scenes in this book were very descriptive so be forewarned.  I just find it really odd to listen to such scenes on audiobook. This book is set in the 1960’s and 1970’s so there is excessive drug use besides the very descriptive lesbian sex scenes.  The sexual violent scenes were also hard for me to listen to.  It was disturbing, but I think this would be a great book to discuss at a book club.

I loved the Detroit Michigan setting.  I am from Southwest Michigan originally myself and didn’t actually spend any time as a youth in Detroit, but my ancestors are from there.  In fact, my Great-Grandma was a model at Hudson’s, where Sarah works in the novel, in the 1920’s.  I enjoyed shopping there are a teen and young adult until the store sadly closed.  We just drove by the old store in Battle Creek when we were in Michigan visiting earlier this month and I was saddened to see how abandoned it looked. Having the constant Michigan references in the book just made me really happy listening to it.

Overall, Mrs. Everything is a great novel that explores what it is like being a woman growing up in the Baby Boomer generation.  Women have had to face a lot of expectations and life doesn’t always go the way you have it planned.  It was a good book to ponder and I think it would be an excellent book club book.  This isn’t as light of a read as some of Weiner’s previous novels, but it was a great book to read as a woman.  I enjoyed it and highly recommend it.
Posted by Laura's Reviews at 8:51:00 PM 1 comment: 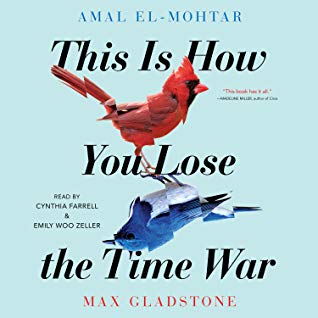 I am a super fan of anything having to do with time travel.  I also love sci-fi.  When I saw this audiobook available to review, I was intrigued and snapped it up.  I eagerly started listening to it on my drive to Milwaukee yesterday.

Red and Blue are two-time travelers on different sides of a war that spans space and time.  They start to write each other letters to get to know each other, while also trying to kill each other.

This is How You Lose the Time War is written beautifully and is very poetic, but I had a hard time following it.  There wasn’t much of a plot or background to understand what is going on.  The novel is mostly an epistolary novel of the letters between the two.  What were Red and Blue?  They didn’t seem human and seemed to be shape shifters of some sort?  Were did they get the skills to be killers?  What is the war about?

After listening to two hours of the audiobook, I still didn’t have any answers and didn’t really know what was going on.  As I got in the car to go home, I realized I didn’t care to find out what was happening.  I don’t usually not finish a book, but I just couldn’t bring myself to care about this one.

Would I have enjoyed it more as text rather than an audiobook on my long drive?  The narrators were good, but there wasn’t much of a difference between them so it took awhile for me to realize there were two different narrators.

Overall, This is How You Lose the Time War was sadly not an enjoyable experience for me. Come for the beautiful language, but don’t pick this up if you are looking for a good plot.
Posted by Laura's Reviews at 8:40:00 PM No comments:

Lady in the Lake by Laura Lippman (TLC Book Tour) 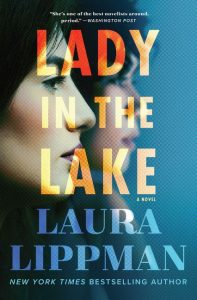 What seemingly small circumstances in life can lead to a life changing or life ending event?  For Cleo Sherwood, seeing Madelyn “Maddie” Schwartz composed and beautiful beside her husband outside their Temple, inspires her to be that type of woman.  For Maddie Schwartz seeing Wallace Wright, an old schoolmate, brings back the memories of her past and the lies she lived and told before her marriage.  Suddenly life with Milton is not what Maddie desires and she starts a fresh as a divorcee and aspiring newspaper writer.  As Maddie tries to become a writer, she gets caught up in the story of Cleo Sherwood and the discovery of her body in the lake.  Who exactly was the “lady in the lake” and why was she murdered?  What does Maddie truly want in life?

Lady in the Lake was uniquely assembled and I liked it.  Maddie is the main point of view and it is written in the 3rd person, but interspersed between her chapters are 1st person narratives for other characters she meets along the way.  It is really interesting to see how their points of views differed from Maddie.  We all have our own unique perspective and understanding which may not always match the world around us.

I enjoyed that the novel was set in 1966 Baltimore and Lippman captured the mood of the times. The novel was wonderful noir set in a sweltering summer season full of mystery.  I also enjoyed that Maddie was a Jewish woman and Cleo was an African American woman.  Maddie also has a forbidden relationship with Ferdie, an African American cop.  The dynamics of racial tensions during the 1960s helped to push the narrative forward.

Laura Lippman’s superb writing keep me hooked on this story, but the ending seemed rather abrupt to me.  I really wanted to know how it ended, what happened to Cleo and what will Maddie do with life? I liked that the last chapter was set in 1985 so we ended up seeing what became of Maddie overall.  I thought the ending of Cleo’s mystery was very underwhelming.  After I finished the book, I thought about it for awhile and realized the book was more about Maddie’s journey to become a woman on her own with her own love and her own career.  She did not want to be stuck in a defined role unable to use her brains and do what she wanted in life.  I really enjoyed her journey.  I just wish we would have gotten more of Cleo’s side of the journey.

Favorite Quotes:
“Modesty is for people who aren’t lucky enough to have things about which to be conceited.”

“Every day, Maddie was a little less beautiful than she had been the day before.  Every moment she lived; she was also dying.”

“The heart knows nothing, sees nothing, but it kicks up a ruckus, throws tantrums to get what it wants.”

Overall, Lady in the Lake is a great noir novel set in the sweltering summer of 1966. It’s a great novel of a woman’s journey as she leaves behind convention and starts her career at a newspaper trying to solve murders of the time.  I couldn't stop reading this book!

Book Source:  Review Copy from William Morrow as part of the TLC Book Tour.  Thank-you!  For more stops on the tour, check out this link.
https://tlcbooktours.com/2019/06/laura-lippman-author-of-lady-in-the-lake-on-tour-july-august-2019/

About Lady in the Lake

In 1966, Baltimore is a city of secrets that everyone seems to know—everyone, that is, except Madeline “Maddie” Schwartz. Last year, she was a happy, even pampered housewife. This year, she’s bolted from her marriage of almost twenty years, determined to make good on her youthful ambitions to live a passionate, meaningful life.

Maddie wants to matter, to leave her mark on a swiftly changing world. Drawing on her own secrets, she helps Baltimore police find a murdered girl—assistance that leads to a job at the city’s afternoon newspaper, the Star. Working at the newspaper offers Maddie the opportunity to make her name, and she has found just the story to do it: a missing woman whose body was discovered in the fountain of a city park lake.

Cleo Sherwood was a young African-American woman who liked to have a good time. No one seems to know or care why she was killed except Maddie—and the dead woman herself. Maddie’s going to find the truth about Cleo’s life and death. Cleo’s ghost, privy to Maddie’s poking and prying, wants to be left alone.

Maddie’s investigation brings her into contact with people that used to be on the periphery of her life—a jewelry store clerk, a waitress, a rising star on the Baltimore Orioles, a patrol cop, a hardened female reporter, a lonely man in a movie theater. But for all her ambition and drive, Maddie often fails to see the people right in front of her. Her inability to look beyond her own needs will lead to tragedy and turmoil for all sorts of people—including the man who shares her bed, a black police officer who cares for Maddie more than she knows.. 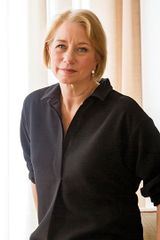 Since Laura Lippman's debut in 1997, she has been recognized as a distinctive voice in mystery fiction and named one of the "essential" crime writers of the last 100 years. Her books have won most of the major awards in her field and been translated into more than twenty languages. She lives in Baltimore and New Orleans with her family. Connect with Laura on her website, Facebook, Instagram, or Twitter.
Posted by Laura's Reviews at 12:55:00 PM 3 comments: