What Should I Read After I Finish the Outlander Series by Diana Gabaldon? 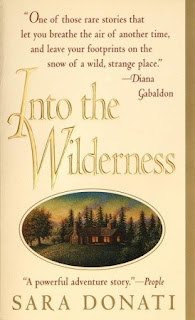 The Outlander series is a unique series of books by Diana Gabaldon that are filled with great characters, adventure, fantasy, and the romance of a lifetime.  While no books are quite like Gabaldon’s, there are some great books in similar veins that can fill your reading desires as you wait for the next book in the saga.  The following are my top picks.

1.       Into the Wilderness by Sara Donati.  I picked this novel up at a used book store at an airport while on a work related trip ten or so years ago.  I liked the premise, Elizabeth Middleton is an Englishwoman moving to the wilds of 18th century New England to be with her family.  While there, she meets Nathanial Booner, the son of Hawkeye and Cora from Last of the Mohicans.  Elizabeth and Nathanial fall in love and work through the prejudices of the times.  Much to my surprise – Jamie and Claire Fraser make an appearance in this novel!  I had no idea when I was reading it that Claire and Jamie would be in the book until they were there.  Diana Gabaldon herself approves of this book.  I only made it to book three of this series and need to pick it back up one of these days!

Desperate Fortune involves a codebreaker in the present day that is cracking the historical diary of Mary Dundas.  Mary is used by the Jacobites in France to help a mysterious man with an even more mysterious body guard to remain out of harm’s way.  Hugh Macpherson, the mysterious bodyguard, is a Scotsman with a deep soul.  The entire novel is a slow build to the reveal of one of the best romantic heroes I’ve read in a while.  I’ve also read Kearsley novels The Splendour Falls, The Firebird, The Shadowy Horses, Mariana, and The Rose Garden and have enjoyed them all.  I’ve read wonderful reviews of The Winter Sea, but it’s still on my wish list of books.

novels, unless you consider that Chadwick’s novels make you feel like you are experiencing the Middle Ages.  William Marshal is a young knight with drive, passion, and a deep loyalty.  He uses his skills to climb up the ranks at court, and meets his match when he meets young Isabelle de Claire in The Scarlet Lion.  William and Isabelle’s love faces many trials, but their love grows stronger over time.  Elizabeth Chadwick is one of the best historical fiction writers of all time, and William Marshal is one of the best romantic heroes in literature.


4.      Discovery of Witches Trilogy by Deborah Harkness.  Diana is an avid historian of alchemy 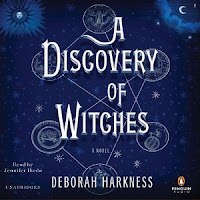 and also a witch without powers.  Matthew is a vampire.  When the two meet in London over the mysterious manuscript Ashmole 782, sparks fly.  Although vampires and witches typically don’t get along, the two find themselves drawn to each other as they continue the search for the manuscript and its hidden meaning.  In the second book of the series, Diana and Matthew time travel back to Tudor England in their quest. The three novels in this trilogy are A Discovery of Witches, Shadow of Night, and The Book of Life.

5.      The Green Darkness by Anya Seton.  I discovered Anya

Seton as a teenager around the same time I discovered Outlander.  Anya Seton did not write series, but she did write stand-alone novels that are great historical fiction, but at times contain a bit of fantasy.  Richard Marsdon marries a young American, Celia, and moves her back to his estate in England.  While there, Celia has a breakdown and a doctor forces her to relieve her past life in Tudor England with her doomed romance with Stephan the Monk.  My favorite Anya Seton novel is Katherine, a young woman who has a passionate love affair with the son of a King, John of Gaunt, whom she is not allowed to marry. Devil Water is the story of staunch Jacobites that descended from the illegitimate line of Charles II.  I sadly read these books before my blog, so the only Anya Seton review I have on here is for Smouldering Fires.

“Wonderful . . . it grips from the first page to the very last.”  Irish Lady is a gripping tale with intrigue, romance, historical fiction ghosts, time slips, mystery, and grand passion and is set in both the 1590’s and the 1990’s in Ireland.  I also loved the Scottish setting and time travel in Jeannette Baker’s novel, Legacy.

series, but the entire series by Winston Graham goes through the turbulent and passionate lifetimes of the main characters, Ross and Demelza.  A TV series based on the first two books is currently airing on Masterpiece Theatre and is excellent.  Set in Cornwall after the American Revolution, Ross has discovered the woman that he loves is engaged to his cousin, but he decides to bring his estate back to life and to help the common people along the way.  Ross Poldark is another greatest romantic hero in literature.

8.      Game of Thrones by George R.R. Martin.  I love the show, but haven’t read the series yet.  My husband has read this series and Outlander and he says I would be remiss if I didn’t put it on a list of good books to read if you like Outlander.

What have I missed?  What are your favorite books with great characters, romance, and or time travel that you read when you aren’t reading Outlander?

Other suggestions that I've received on this blog, Goodreads, and Facebook are as follows (I've been adding them to my "want to read" list).  Items in BOLD were mentioned by many people:
1.  The Bronze Horseman by Simmons
2.   The Mists of Avalon by Marion Zimmer Bradley
3.  Follow the River by James Alexander Thom
4.  Comanche Moon by Catherine Anderson
5.  Clan of the Cave Bear by Jean M. Auel
6.  Night Huntress series by Jeaniene Frost
7.  Dragonblade by Kathryn Le Veque
8.  The Graham Saga by Anna Belfridge
9.  Fall of the Giants by Ken Follet
10.  The Pillars of the Earth by Ken Follet
11.  A Dance Through Time by Lynn Kurland
12.  Daphne Du Maurier Novels (My Favorite is Rebecca)
13.  The Innocent by Posie Graeme Evanss
14.  Through a Glass Darkly by Karleen Koen (I love this book!)
15.  Before Versailles by Karleen Koen
16.  Edward Rutherford Novels
17. Exit Unicorns by Cindy Brandner
18.  A Vision of Light by Judith Merkle Riley
19.  The Lymond Chronicles by Dorothy Dunnett
20.  The Nicholas Series by Dorothy Dunnett
21.  The King Hereafter by Dorothy Dunnett
22.  Highland Destiny by Hannah Howell
23.  Lady Julia Series by Deanna Raybourn
24.  The Welsh Trilogy by Sharon Kay Penman
25.  Awaken the Highland Warrior by Anita White Clenney
26.  The Lord John Series by Diana Gabaldon
27.  Jane Austen Novels
28.  Dalraida Series by Jules Watson
29.  The Time Traveler's Wife by Audrey Niffenegger
30.  The Spymaster Series by Joanna Bourne
31.  The Dresden Files by Jim Butcher
32.  The Tea Rose Trilogy by Jennifer Donnelly
33.  Gracelyn O'Malley Trilogy by Anne Moore
34.  The Templar Knights Series by Mary Reed McCall
35.  Flowers from the Storm by Laura Kinsale
36.  The Fever Series by Karen Marie Moning
37.  The Angelique Series by Anne and Serge Golan
38.  Forever Amber by Kathleen Winsor (I love this book also!)
39.  Gone with the Wind by Margaret Mitchell
40.  North and South Trilogy by John Jakes
41.  Swan Trilogy by Celeste De Blasis
42  The Plantagenet Series by Sharon Kay Penman
Posted by Laura's Reviews at 7:33:00 AM