Who is Your Favorite Literary Romantic Hero?


One of the most popular posts on my blog was back in 2009 when I wrote about a British Telegraph poll of the most Romantic Heroes with Edward Rochester from Jane Eyre the winner.  I held a month long poll on my blog back in 2009 where Jamie Fraser from Outlander was the clear winner.  Its fun to read this blog post at that point, as there was no Outlander TV series and a face for the character as there is now.  It has been six years since the poll so I am going to hold the poll again for the month of July.  The following characters will be part of the poll (on the right sidebar). 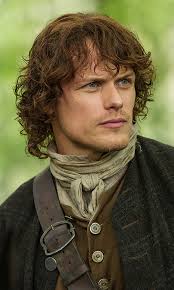 As I wrote in 2009,” I agree with my readers that Jamie Fraser is the most romantic character in literature. He is a handsome Scot that runs around in a kilt in Outlander, but he is much more than that. He is a man with deep passions and loyalty that inspires love in not only his soul mate Claire, but in a wide variety of people. His love for Claire grows through the years through trials and tribulations and still remains passionate when they are in their 50’s.”

Here is one of my favorite quotes from him to Claire (in Dragonfly in Amber).

I will find you,” he whispered in my ear, “I promise. If I must endure two hundred years of purgatory – two hundred years without you – then that is my punishment, which I have earned for my crimes. For I have lied, and killed, and stolen; betrayed and broken trust. But there is one thing that shall lie in the balance. When I stand before God, I shall have one thing to say, to weight against the rest. Lord, ye gave me a rare woman, and God! I loved her well.” 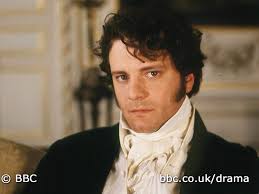 Fitzwilliam Darcy, Pride and Prejudice
Mr. Darcy is haughty, handsome and rich.  He is also a flawed, but intriguing character.  By the end of the novel, Elizabeth realizes that there is much more to the man then she first surmised. 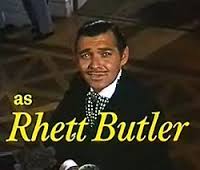 Handsome and dashing, Rhett Butler loves Scarlett when she cannot love herself.

Edward Cullen, Twilight
Edward Cullen captured the hearts of teenage girls and their mothers over the past decade, but does he have staying power?

Mark Darcy, Bridget Jones Diary
Mark and Bridget get off to a bumpy start, but Mark shows that underneath his gruff, but handsome exterior, he is a caring man.

Colonel Brandon, Sense & Sensibility
Although Colonel Brandon appears old to Marianne, he is old enough to have survived a romance of his own and to want what is best for Marianne.

Henry DeTamble, The Time Traveler’s Wife
I need some help with this one.  He was on the original list.  I’ve read the book a couple of times and think he’s kind of creepy.  Especially his future old man self-deflowering young teenage Claire.

Heathcliff, Wuthering Heights
Heathcliff has a drive for vengeance, but he is the only man that is Cathy’s soul. 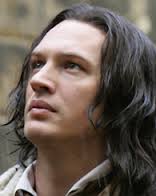 Richard Sharpe of Bernard Cornwell’s Sharpe series
I have never read this series.  What do you think makes Richard Sharpe a romantic hero?

Gabriel Oak, Far From the Madding Crowd
I also have not read this, but I love Thomas Hardy and the new movie looks fantastic.  It’s on my list.  What makes Gabriel Oak a romantic hero?

Gilbert Blythe, Anne of Green Gables
After the death of actor Jonathon Crombie who so masterfully portrayed Gilbert Blythe in the Sullivan productions, many fans were left remember that Gilbert was their first romantic hero in literature.  He may call Anne “carrots” but he also stands by her through thick and thin.

Ross Poldark, Ross Poldark:  A Novel of Cornwall
This book is next up on my reading list and I’ve started to watch the new PBS series.  Jilted heart, a true gentleman who is not afraid to risk it all, Ross Poldark is a romantic hero. 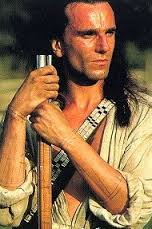 Hawkeye, Last of the Mohicans
Hawkeye is a man of action who saves Cora and Alice.  I’ll never forget his portrayal on the big screen by Daniel Day Lewis in the 1990’s movie.

Christian Grey, Fifty Shades of Grey
I’ve added Christian Grey to see how many fans he has out there.  I thought he was a scary stalker and wish the book could be erased from my mind.

John Thornton, North and South
John Thornton is in trade and wants to better himself.  Margaret is prejudiced against a tradesman at first, but John finds himself changing as he gets to know and falls in love with Margaret.

William Marshal, The Greatest Knight & The Scarlet Lion
William Marshal started out as a poor knight for Queen Eleanor of Aquitaine and through his skill and chivalry he rose to the top.  He finds true love with Isabel de Clare.