Jane Austen has become the heroine of her own story.  A plucky, educated woman, Jane uses her skills to solve mysteries that come her way.  In Jane and the Waterloo Map, Jane is in London tending to her sick brother Henry and working on the final edits to Emma.  The historiographer to His Royal Highness the Prince Regent, Mr. James Stanier Clarke, has invited Jane to Carlton House, the Prince Regent’s London residence.  At this meeting, Mr. Clarke informs Jane that His Royal Highness wants Emma to be dedicated to him, which greatly dismays Jane who does not approve of the Prince Regent.  As Jane gets a tour of Carlton House, the two come upon Colonel MacFarland, a hero of the battle of Waterloo, in great distress.  He expires, but not before telling Jane two words, “Waterloo Map.”    What is the Waterloo Map and what has caused the young hero’s death?  Jane is on the case. 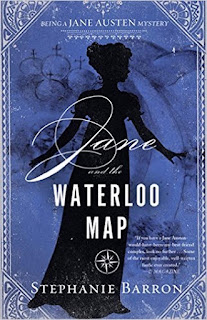 Jane is helped along the way by the handsome artist Raphael West, and her niece Fanny who has stopped to visit her Uncle Henry.  As she gets closer to discovering the true nature of the crime, she has to worry about the safety of them all.  I don’t want to say any more about the plot and ruin it!

I first discovered Stephanie Barron’s excellent Jane Austen Mystery series over ten years ago when I saw Jane and the Ghosts of Netley on display at the Milwaukee Public Library.  I read that novel and was hooked and had to read all of the books in the series that preceded it.  I see that I have somehow gotten a couple of books behind, a problem that I must remedy soon.

What I particularly love about this series is that Barron writes in Jane’s voice and it feels so real, as if it were Jane writing it herself.  Barron has her heroine written to perfection.  I also love that it is set during Jane’s real life with real life circumstances happening throughout.  Although I realize we are getting toward the end with Jane reaching forty and publishing Emma.  Barron helps the reader along by including footnotes on items you may puzzle over as well as sources for the real Jane Austen information.

I love the first line of the novel, “There can be few things more lowering to the female sensibility than to be caught in a shower of rain at exactly the moment one most desires to appear to advantage.”

I also love the last line, “And hoped, for all of us, in the promise of spring.”  I hope that for Jane too!

Overall, Jane and the Waterloo Map was a wonderful story about Jane Austen, as well as a great mystery.   I was completely immersed in the story and was left guessing who the culprit was right up until the end.  I also loved the sweet romance between Jane and Raphael.

Book Source:  Review Copy for being on the Being a Jane Austen Mystery Tour.

"A well-crafted narrative with multiple subplots drives Barron’s splendid 13th Jane Austen mystery. Series fans will be happy to see more of Jane’s extended family and friends, and Austenites will enjoy the imaginative power with which Barron spins another riveting mystery around a writer generally assumed to have led a quiet and uneventful life." — Publishers Weekly, Starred Review

"Writing in the form of Jane’s diaries, Barron has spun a credible tale from a true encounter, enhanced with meticulous research and use of period vocabulary."
— Booklist

"Barron, who's picked up the pace since Jane and the Twelve Days of Christmas, portrays an even more seasoned and unflinching heroine in the face of nasty death and her own peril." — Kirkus Reviews 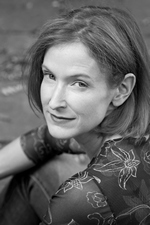 Stephanie Barron was born in Binghamton, New York, the last of six girls. She attended Princeton and Stanford Universities, where she studied history, before going on to work as an intelligence analyst at the CIA. She wrote her first book in 1992 and left the Agency a year later. Since then, she has written fifteen books. She lives and works in Denver, Colorado. Learn more about Stephanie and her books at her website, visit her on Facebook and Goodreads.

In celebration of the release of Jane and the Waterloo Map, Stephanie is offering a chance to win one of three prize packages filled with an amazing selection of Jane Austen-inspired gifts and books!

To enter the giveaway contest, simply leave a comment on any or all of the blog stops on Jane and the Waterloo Map Blog Tour starting February 02, 2016 through 11:59 pm PT, February 29, 2016. Winners will be drawn at random from all of the comments and announced on Stephanie’s website on March 3, 2016. Winners have until March 10, 2016 to claim their prize. Shipment is to US addresses. Good luck to all! 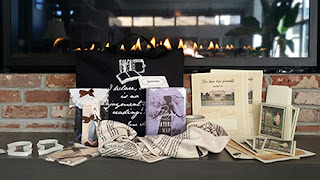