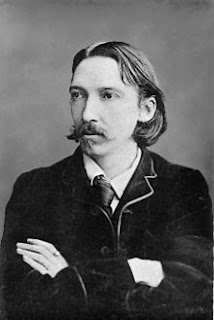 I hope everyone is enjoying the final weeks of winter and is looking forward to the start of spring in just a few short weeks. We are closing the reviews on the month of February – Charles Dickens month. We had a total of 13 reviews in addition to a guest blog from Dickensblog and an author interview with Deborah Hopkinson, author of A Boy Called Dickens. Reviews were down from the month of January, but many of you still may be trying to finish up Dickens novels. It took me most of the month to read the massive (and excellent) Drood by Dan Simmons and I was sadly unable to read Oliver Twist. I’m hoping to be able to still read it sometime this year during the Victorian Challenge. 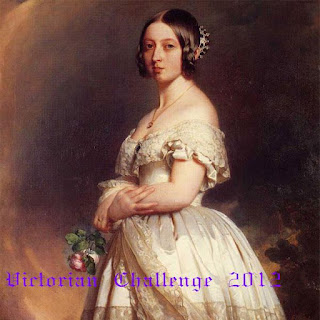 Robert Louis Stevenson was a Scottish writer born in 1850. He became a Victorian celebrity for publishing such works as The Strange Case of Dr. Jekyll and Mr. Hyde, Treasure Island, and Kidnapped. Stevenson grew up a sickly child that used his imagination to compose adventures stories even at a young age. As an adult, although his constitution was weak, Stevenson traveled around the world and used these travels as inspiration for his works. He died at the age of 44 in Samoa.

The only Robert Louis Stevenson work I’ve read is The Strange Case of Dr. Jekyll and Mr. Hyde and it has been some time since I’ve read it. I’ve already listened to an audiobook version and need to type of the review. I’m currently listening to Treasure Island and greatly enjoying it. I’ve got Kidnapped on my pile of books and hopefully I’m able to get to it this month. Do you plan on reading any Stevenson this month? If so, what works of Robert Louis Stevenson interest you?

I look forward to reading your reviews this month!

Please post the name of your blog followed by the item you reviewed. For example, Laura's Reviews (The Strange Case of Dr. Jekyll and Mr. Hyde).