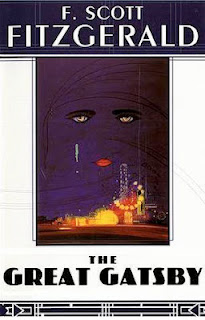 No, sadly, I have not seen the new movie. I do have the soundtrack and have been vastly enjoying it. I decided to reread the book before the release of the new movie.


I loved The Great Gatsby in high school, and when I had to read it in college. I read it after college and enjoyed it then as well. I love the language of the novel and how I get something different from it each time. I love F. Scott Fitzgerald’s fabled life and his short stories. This knowledge has always deepened my love for The Great Gatsby. My review is going to be on my feelings on reading the novel this time around and not a full synopsis.

This time as I reread The Great Gatsby, I really noticed Tom Buchanan much more than I remembered. He is not a nice guy, but he is more than just a mustache twirling villain. As I read it this time, I noted that he became unfaithful to Daisy very early in their marriage. He of course took Daisy for granted until he discovered that she was Gatsby’s object of desire. He also had his tragic girlfriend Myrtle. At the end of the novel, when Nick confronts Tom about Gatsby, Tom says, “he ran over Myrtle like you’d run over a dog and never even stopped his car.” He also talks about crying after her death. While he was brutal to Myrtle in life (broke her nose!), he was devastated by her death and to him, his actions to Gatsby were warranted.

What were not understandable were Daisy’s reactions. How could she so coldly never tell anyone it was her driving and cause Gatsby’s death. She never even went to his funeral and was never seen again after Gatsby returned her home and stood guard outside her house to make sure Tom didn’t hurt her. That is the real tragedy of the book to me. Gatsby may have made some unsavory deals to become wealthy, but he truly felt for his ideal woman, Daisy. Sadly, she was his ideal, and the reality of who Daisy was would never match it. One of my favorite quotes in a book full of quotes is when Gatsby says, “Can’t repeat the past? Why of course you can!” He wanted to return to his version of the past where there was a perfect Daisy that loved only him. Sadly, there never was a perfect Daisy.

I could wax on about The Great Gatsby for quite a while, but needless to say, I vastly enjoyed my reread of it and I look forward to watching the movie. I also read the book as part of Colbert’s Book Club, which if you didn’t see the episode of The Colbert Report on The Great Gatsby, you should!

I also love that this is a novel that is loved by many. I had students tell me that this is one of the only novels they enjoyed in high school. I like that it is loved equally by both men and women. A book that can get everyone to enjoy literature is always a wonderful thing.