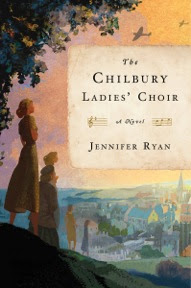 The Chilbury Ladies’ Choir is the type of good book I like to curl up to at night after a busy day or take a break and read over my hurried lunch at work.  It helps me to escape to another world while telling a compelling story full of fascinating characters.  The worst part of this book was that it had to end.  I hold out hope that there will be a part two in the future.

In the beginning days of WWII in England, the start of the war has meant the disappearance of the sons of the village as well as the dismantling of the church choir. Taking matters into their own hands, the women band together to make the first Chilbury Ladies’ Choir.  Told through letters, diaries, and snippets from newspaper articles, the intersecting stories of the village ladies unfold through the growing horrors of war.  Venetia Winthrop is the spoiled older daughter of a landed gentry Brigadier General who has fallen in love with a handsome new stranger, who may also be a spy.  The Brigadier’s only son has died in the war, causing chaos as the estate will be entailed away without a male heir.  Not wanting that to happen on his watch, the Brigadier hires a near do well midwife to help ensure that he will have a son.  The only woman who can stand in her way is Mrs. Tilling who is a nurse and has been trained as a midwife.  Alone after her son has left for war, she has a Colonel stationed with her that drives her batty.  And so on as more lives of the village intersect within these stories.  Will the Brigadier get his son?  Will Mrs. Tilling find happiness and uncover the great baby intrigue?   Will Venetia find true love?

I loved the intersecting stories that fell along the life of a small village.  I thought all of the story lines were strong and I was equally intrigued by all of the characters, which is a great feat in itself.  Usually in stories with more than one narrator, I tend to like one best.  I thought the way the story was told through the letters, diaries, and headlines was unique and carried the storyline through tremendously.  I liked the everyday lives and how they were affected by the war.  There is a real and present danger as the Nazis get closer. This book reminded me of another one I loved, The Guernsey Literary and Potato Peel Pie Society by Annie Barrows and Mary Ann Shaffer.  It also helped with my Downton Abbey blues.  It was a different time period, but the story of all in the village from the high and mighty to the maid and the midwife was fascinating.  I loved the romance of the novel, but it was the intrigue in the story with spies and the great baby mystery that really kept me going.  I loved the spirits of the women and their can do attitudes. 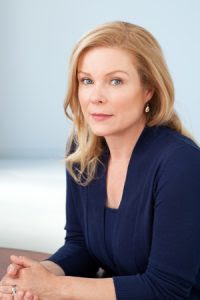 A few of my favorite quotes:

“My mother told me that women do better when they smile and agree.  Yet sometimes I feel so frustrated by everything.  I just want to shout it out.”

“Maybe we’ve been old that women can’t do things so many times that we’ve actually started to believe it In any case, the natural order of things has been temporarily changed because there are no men around.”

“Another life just begun and already over. A faraway star glows brighter and disappears into the void.  What an insignificant, unprepared army of souls we are.”

“There is a way of life here that I don’t believe any war can crush, that will endure long after we’re gone.”

“That realizing you’re going to die actually makes life better as it’s only then that you decide to live the life you really want to live, not the one everyone else wants you to live.  And to thoroughly enjoy every minute.”

“And I realized that this is what it’s like to be an adult, learning to pick from a lot of bad choices and do the best you can with that dreadful compromise.”

Overall, The Chilbury Ladies’ Choir is an immensely enjoyable WWII novel about a group of plucky women, their lives in their village, and the great strength they had to get through the war’s many changes to their lives.  I highly recommend it.  It would also make a great book club selection.

Book Source:  A review copy as part of the TLC Book Tour.  Thank-you!  To find the full tour schedule check out this link:
http://tlcbooktours.com/2016/12/jennifer-ryan-author-of-the-chilbury-ladies-choir-on-tour-februarymarch-2017/

Also for a great video from author Jennifer Ryan on research and writing the novel during distractions (such as an earthquake!) check out this video:
Posted by Laura's Reviews at 6:42:00 PM