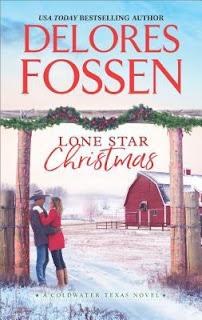 Callen Laramie left his hometown of Coldwater Texas when he was eighteen and in the fourteen years since then, he has amassed a fortune in cattle.  The sad memories of his childhood have made him never want to return, even though his three brothers still live in Coldwater.  His exemplary foster father from when he was fourteen to eighteen, Buck, has sent him a wedding invitation with a handwritten note that he really wants him to return for the wedding on Christmas Eve.  Callen still isn’t convinced until Buck’s daughter, Shelby McCall comes to town to ask him to return and seals it with a passionate kiss.

Shelby has just been dumped by her fiancée but doesn’t feel anything.  She does feel something when she sees Callen.  As her father’s foster son, romance between the two was off limits when they were teenagers. Now that they are older, Callen discovers one of the reasons Buck had him return is that he now gives the approval for romance between the two.  Buck is also very sick and wants Callen to help him out, so he can get to his wedding with Rosie.  Callen agrees to stay to help until the wedding, but then he plans to return to Dallas. Will Buck make it to his wedding?  Will Callen and Shelby be able to make their romance work? 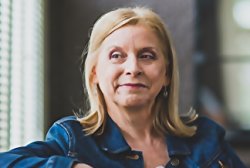 I loved this novel.  The story was compelling.  Buck has spent his life time helping troubled kids who couldn’t foster anywhere else and trying to help them on their path. It impacted his marriage negatively and things have not always flown smoothly.  Now at the twilight of his life, Buck wants to marry his longtime girlfriend Rosie and wants his daughter Shelby to find love.  He also needs help with his last couple of foster children and finding them a placement.  Buck also wants to settle lingering issues with Callen and help him find his happy ending. This story didn’t glamorize foster care, but it did show that there are certain people who are able to help troubled youth.  They won’t get a perfect life, but they will get back on a better path. I really loved this story.

This is a romance novel and there are serious sparks, or I’d rather say flames between Shelby and Callen.  There are several sex scenes throughout the novel, but they didn’t get too hot and heavy or unbelievable to me. The one that made me laugh out loud was when Shelby fell asleep waiting for Callen to come over and didn’t wake up until morning when Callen was leaving.  That one seemed very real to me!  Ha!!!

My only complaint is that I had to wait until the end to get to more Christmas items in this novel.  It didn’t figure into the story much until then, but the decorations and Callen’s hatred of them did give me a good laugh.

Shelby shrugged.  ‘You wanted to be in control of what you chose to keep from your past.  A reminder of what you’d come from so that you wouldn’t go back.’”

Book Source:  Review Copy for being a part of the TLC Book Tour.
For more stops on this tour, check out this link.