The Allure of Cowboys by C.H. Admirand (and GIVEAWAY!) 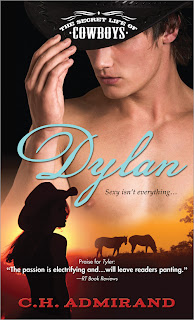 Thanks for inviting me to guest blog today, Laura. I’m so glad you asked about the allure of the cowboy. To me, the cowboy is a symbol of our American heritage: the quintessential male who is strong, honest, and trustworthy. He has a deep abiding faith that keeps him working long after he’s ready to drop from exhaustion. He cares for his horse, and his herd as much as he cares for the women in his life. He can be an Alpha or Beta hero without losing his heart or his appeal. But why don’t I let Dylan tell you what he thinks?


“Hey, Dylan, there are some nice folks here today who want to know more about why cowboys are appealing. Would you like to tell them?”

“I know, but pretend for a moment that the readers are new to town and you’ve just met them over at Dawson’s Hardware of Harrison’s Feed Store…what would you say to them?”

“Could you spare a couple of minutes to give a quick recap of what working the ranch means to you?”

“Well, I guess just a few minutes wouldn’t hurt. The Circle G’s been in our family for over 150 years. We Garahans have shed a lot of blood, sweat, and tears for our land. Fought Indians for it, range wars over it, and almost lost the ranch a few months back. If my older brother Tyler hadn’t answered that ad in the paper for a hardworking man with a strong back, we might not have been able to hold onto our legacy—our ranch—and starting chipping away at the mortgage and feed bills. “

“How did you feel when you had to fill in for him at his night job after Widowmaker tried to skewer him to the barbed wire fence and he couldn’t work?”

“I hated standing up on that stage—wearing those damned briefs, chaps, and my Stetson.”

“What if it had been you or your younger brother Jesse who’d made that promise?”

“Doesn’t matter. Once a Garahan gives his word, you can count on him to keep it.”

“Does that apply to everything in your life?”

“Is that a trick question?”

“Just what are you asking?”

“I already told you—once a Garahan gives his word, he keeps it.“

“Count on it, C.H. I’m waiting to see what kind of trouble Jesse gets into.”

See what I mean? There’s just something solid and down-to-Earth cowboys are. They aren’t afraid to tell it like it is and work hard for everything they have.

Although I’d been to Texas a couple of times over the years, I did some research about Eastern Texas, horses, raising cattle, ranch life, etc. The last time I was in Texas I agreed to support one of my author friends and her publisher by going with her to a nearby club—needless to say, if I’d known what type of club it was ahead of time, I might not have suffered through the embarrassment of being so out of my element—but then again, I wouldn’t have had the plot idea for the Garahan brothers.

I grew up going to the Sussex County Fair every summer for as far back as I can remember. While I loved watching the equestrian events and hanging around the horses, my absolute favorite was seeing the 4H kids show their cows—my favorite still is the Brown Swiss—they really do have the prettiest faces.

When we were kids we had a Shetland Pony named Little Miss Muffett. She’d helped teach me a few invaluable lessons. One: Never wear T-strap sandals while tethering a pony. Two: Pay attention to where the pony is before mucking out her stall—ponies bite and Three: caring for a pony is hard work, twenty-four/seven.

If you need a visual, COS Productions created another fabulous video for me—check out the link http://www.youtube.com/watch?v=jC9v7XYdTkw.

There was nothing he couldn’t tame… 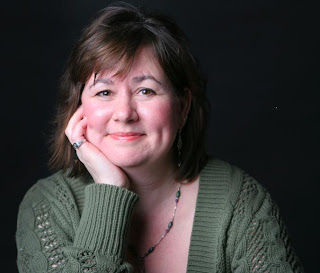 Dylan Garahan might be an old hand at lassoing fillies, but one night at the Lucky Star club, and he ends up wrapping his rope around someone that even his formidable strength can’t tame. She’s wily and beautiful… and she’s his new boss. Dylan’s had his heart broken bfore, but even an honest cowpoke has to wrestle with temptation…

Until he got his lasso around her…


Ronnie DelVecchio might be fresh off the bus from New Jersey, but she’s a hard-edged businesswoman and has had her fill of men she can’t trust—although she might consider getting off her high horse for that big handsome rancher with a Texas drawl.

C.H. Admirand was born in Aiken, South Carolina. She has published 9 bestselling novels for the library market. Her Secret Life of Cowboy series, published by Sourcebooks Casablanca includes Tyler (available now), Dylan (in stores January 2012) and Jesse (in stores July 2012). She lives with her husband, who is the inspiration for all of her heroes’ very best traits, in northern New Jersey. For more information, please visit http://www.chadmirand.com/ or follower her on twitter, @chadmirand.

Sourcebooks has graciously offered a giveaway of two copies of Dylan by C.H. Admirand.

If you would like to win a copy of this book please leave a comment about what intrigues you about the this book or this great guest blog by C.H. Admirand.

The deadline for entry is midnight, Friday January 20, 2012.