I hope everyone is enjoying spring so far! It has been a very hectic one for me and I have gotten behind on posting on Laura’s Reviews. I’m working on catching up, but I now find that half of April has passed me by and I have yet to put the link up for April’s posts. I apologize! We are finally closing the reviews on the month of March– Robert Louis Stevenson month. We had a total of 21 reviews. I listened to the audiobooks The Strange Case of Dr. Jekyll and Mr. Hyde and Treasure Island by Stevenson. I also watched Muppet Treasure Island with my family. I was hoping to read and watch Kidnapped, but alas, I ran out of time. 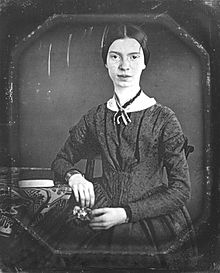 Fittingly for National Poetry Month, April is Emily Dickinson month for the Victorian Challenge 2012. You can post any Victorian related item you like this month, but I am going to focus on Emily Dickinson and you are allowed to focus with me! We will hopefully have two guest blog posts on the Emily Dickinson before the end of the month also to celebrate. Please post your April reviews below in Mr. Linky (and not on the January, February, or March link-up). If you haven’t signed up for the challenge yet, go to this sign-up link.


Emily Elizabeth Dickinson was an American Poet born in Amherst, Massachusetts in 1830. After going to school at Amherst Academy and Mount Holyoke Female Seminary, Dickinson returned home to live the rest of her days as a recluse in white. Most of her relationships were carried about by letter, and she also wrote almost two thousand poems through the course of her life. Less than a dozen of these poems were published during her lifetime and they were considered radical poems for the Victorian era. Dickinson died in 1886. Her poems have been continuously in print since 1891. 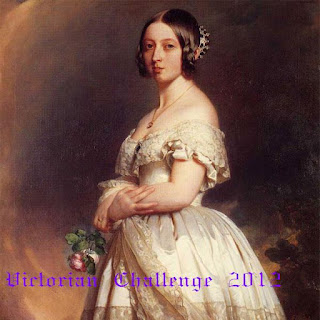 It has been quite some time since I’ve read any of Emily Dickinson’s poetry. I have a collection of her poetry buried in one of my bookcases. I’m going to hunt it down this weekend and read it. Do you plan on reading any Dickinson this month? If so, what works of or about Emily Dickinson interest you?


I look forward to reading your reviews this month!

Please post the name of your blog followed by the item you reviewed. For example, Laura’s Reviews (The Complete Poems of Emily Dickinson).