Forty Autumns: A Family’s Story of Courage and Survival on Both Sides of the Berlin Wall by Nina Willner (TLC Book Tours) 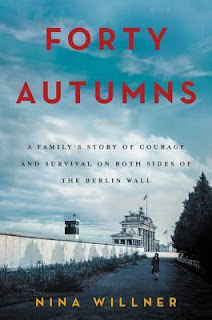 “Throughout East Germany there were tens of thousands, if not millions of people like my relatives, trying to raise a family, work, preserve their dignity, and live life as best they could under the circumstances they were handed.  This is the story of just one family, but is some ways it is the story of millions.”

A riveting memoir of one family’s struggle of being separated by the Berlin Wall and Communism, Forty Autumns is a powerful book.  Written by Nina Willner, a former U.S. Army intelligence officer who served in Berlin in the Cold War, Willner tells the riveting story of her family.  At the end of WWII, Willner’s mother’s family finds themselves on the wrong side of the line and are now in communist controlled East Germany.  As the rules constrict around the family, Willner’s mother, Hanna escapes to West Germany.  She meets and marries a Holocaust survivor and U.S. Army officer and moves to America to raise six kids, including Willner.  Hanna has a good life with her family, but misses her parents and siblings that she left behind.  What kind of life did they have?  This book details their struggles including being separated from family and living under a harsh communist regime.

This book is a non-fiction memoir, but to me it read like fiction.  I was captivated by the story and literally couldn’t put the book down.  This lead to more than one night of late reading when I should have been sleeping!  Willner does a fabulous job of writing about her family and making me care about the personal struggles of Hanna, Opa, Oma, and Hanna’s sister Heidi.  Willner also gives the history of what was going on with East and West Germany, the politics, the culture, and the standards of living.  I was eleven years old when the Berlin Wall came down in 1989 and remember it vividly.  This book helped me to really fully understand the importance of that event.

I also really enjoyed that besides a center insert with color pictures, the book contained pictures throughout.  The pictures were often referenced in the text as well, which I enjoyed.

I also really enjoyed learning about Willner’s experiences as an U.S. army intelligence officer in Berlin.  She had some real nail biting experiences.  It was very interesting learning about the day-to-day of being a spy during this time.  I also thought it was great how Willner juxtaposed the journey that her cousin had at the same time as a top East German athlete working only miles away from Willner.

“The [Berlin] Wall is . . . an offense not only against history but an offense against humanity, separating families, dividing husbands and wives and brothers and sisters, and dividing a people who wish to be joined together.” – President John F. Kennedy

“The day that Dieter disappeared, something in Hanna changed.  She was alarmed the people seemed willing to accept the changes without fighting back.”

“What will become of a country, Oma wondered, when a mother cannot even trust her own children, and they, in turn, cannot trust their own families?”

“We have survived East Germany with our dignity intact.  This life has not always been easy, but it has not made us bend.  It has actually made us stronger.  And we are strong because our souls are free.”

“After a time, they walked back to their little car and got back in.  Reinhard started up the engine.  She looked over at him.  He smiled at her, and they continued on their way, driving onward into the beautiful unknown.”

Overall, Forty Autumns is a fascinating memoir of a family’s struggles living separated by the Berlin Wall and what communism really meant for them.  It’s an important part of our collective history and also good story.  You won’t be able to put this book down!

Book Source:  Review Copy as part of the TLC Book Tour.  Thank-you!  For more stops on the tour check out this link.


About Forty Autumns • Paperback: 416 pages • Publisher: William Morrow Paperbacks; Reprint edition (August 15, 2017) In this illuminating and deeply moving memoir, a former American military intelligence officer goes beyond traditional Cold War espionage tales to tell the true story of her family—of five women separated by the Iron Curtain for more than forty years, and their miraculous reunion after the fall of the Berlin Wall.

Forty Autumns makes visceral the pain and longing of one family forced to live apart in a world divided by two. At twenty, Hanna escaped from East to West Germany. But the price of freedom—leaving behind her parents, eight siblings, and family home—was heartbreaking. Uprooted, Hanna eventually moved to America, where she settled down with her husband and had children of her own.
Growing up near Washington, D.C., Hanna’s daughter, Nina Willner became the first female Army Intelligence Officer to lead sensitive intelligence operations in East Berlin at the height of the Cold War. Though only a few miles separated American Nina and her German relatives—grandmother Oma, Aunt Heidi, and cousin, Cordula, a member of the East German Olympic training team—a bitter political war kept them apart.

In Forty Autumns, Nina recounts her family’s story—five ordinary lives buffeted by circumstances beyond their control. She takes us deep into the tumultuous and terrifying world of East Germany under Communist rule, revealing both the cruel reality her relatives endured and her own experiences as an intelligence officer, running secret operations behind the Berlin Wall that put her life at risk.

A personal look at a tenuous era that divided a city and a nation, and continues to haunt us, Forty Autumns is an intimate and beautifully written story of courage, resilience, and love—of five women whose spirits could not be broken, and who fought to preserve what matters most: family.

Forty Autumns is illustrated with dozens of black-and-white and color photographs. 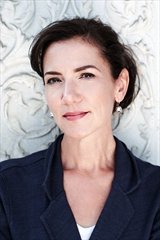 Nina Willner is a former U.S. Army intelligence officer who served in Berlin during the Cold War. Following a career in intelligence, Nina worked in Moscow, Minsk, and Prague promoting human rights, children’s causes, and the rule of law for the U.S. government, nonprofit organizations, and a variety of charities. She currently lives in Istanbul, Turkey. Forty Autumns is her first book. Find out more about Nina at her website, and connect with her on Facebook and Twitter.
Posted by Laura's Reviews at 1:05:00 PM 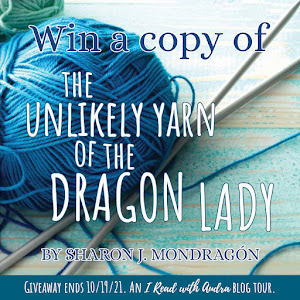 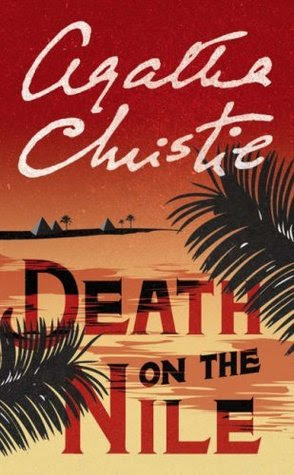 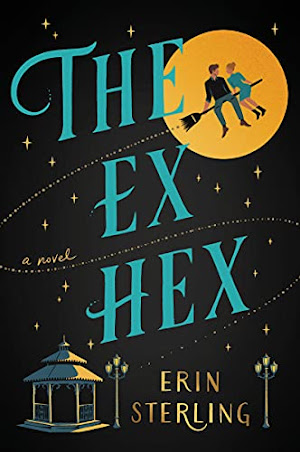 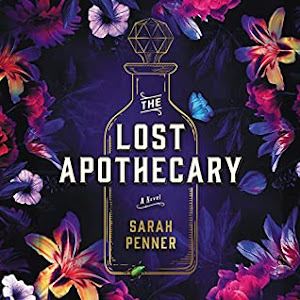