With This Pledge by Tamera Alexander (TLC Book Tour) 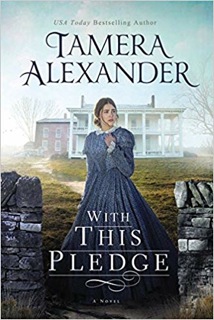 Lizzie Clouston is a governess at the grand Carnton plantation near Franklin, Tennessee in 1864. She misses her fiancée, Towny, who is away fighting in the Civil War.  She struggles with her feelings of friendship, but not love for Towny and her own feelings against slavery which are dangerous in a slave owning household.   Lizzie’s life is changed forever when an epic battle takes place near Carnton and the plantation becomes a make-shift hospital.  With her steady character, she helps with surgery and feeding the men as does the entire McGavock family.  While tending the wounded, Lizzie makes a promise to Captain Roland Jones that she will not allow his leg to be amputated.  The two feel attracted to one another even though Lizzie is promised to another and Lizzie believes that Captain Jones is married.  In fact, his wife and daughter have passed away while he was gone fighting.  Will Lizzie be able to navigate her future through promises made, principals held, and love?

With This Pledge was excellently written.  In particular the horror of dealing with the aftermath of the battle at a temporary Confederate hospital was riveting in its detail.  I even dreamed about it at night.  I loved how Lizzie’s faith did play a part in her actions and ideals.  This is a Christian and clean novel, a fact I appreciated.  The story focused on the characters and the brutality of war.  It was a great Civil War Novel.  I didn’t know anything about this battle and appreciated at the end that much of the story was based on real letters.  It was fascinating.

Favorite Quotes:
“Don’t see this as a victory, ma’am.  That pledge you made has likely sentenced one of the finest soldiers I’ve ever known to an agonizing death.” 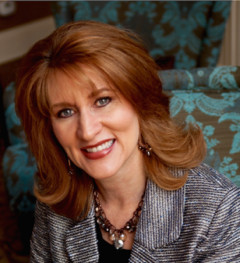 “From the moment he’d learned about Mississippi seceding from the union, he’d known he would take up arms.  What honorable man wouldn’t defend his state, his home and land, his family?  But while he was away defending them from the Federals, another enemy, unseen and even stealthier, had invaded their home and stolen his life away.  He squeezed his eyes tight, the mixture of anger and loss causing them to burn.  Brief couple with regret had a way of bending even the strongest man’s knees, and there were moments, like now, when eh was certain he’d be crushed beneath the weight of it.”

“Seeing herself and her abundance of blessings in light of others and their lack carved out a deeper awareness inside her, and a depth of appreciation she’d not known rushed in to fill the space.”

“No, sir.  Real heroes are the ones who do what’s right even when no one’s looking, and who give up something for someone else even when it costs them dearly.”

Overall, With This Pledge is a fascinating look into history at a major civil war battle, its aftermath, and the struggles one woman faces with her pledges of loyalty.

Book Source:  Review Copy for being a part of the TLC Book Tour.  Thank-you!

For more stops on the TLC Book Tour check out this link.
Posted by Laura's Reviews at 9:18:00 PM