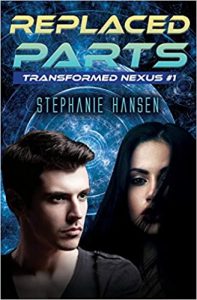 Are you ready for a new sci fi young adult novel?  Author Stephanie Hansen has written a unique story for anyone looking for a new book and series to read.  Replaced Parts is set in a dystopian future.  Sierra is a rebellious teenager who is searching for her father.  He was a Nobel Prize winner, but he disappeared about ten years previously, rumored to have run off with a younger woman.  After finding a secret message from her father, Sierra decides to run away to the planet Vortex to find him.  Will she be able to save her father?

Replaced Parts had very interesting world building and the plot was action packed.  The characters were very interesting as well.  I really liked the science and technology parts of this story.  It started with Sierra getting in trouble for releasing lab Koala bears, which hooked me right away into the story.

• Paperback: 240 Pages
• Publisher: Fire & Ice Young Adult Books (January 5, 2021) In the year 2163 a corrupt World Government controls everything on our planet and beyond. Sixteen year-old Sierra has been so caught up in her own world of saving animal test subjects and her father’s disappearance, she hasn’t paid much attention. When she finally finds his location, she and her friend set off on a covert interplanetary mission to rescue him, she begins to see the corruption first hand. Discovering that her father has been on the front lines secretly trying to save human test subjects inspires her to join a revolution. But she is afraid of the collateral damage of hurting the people she loves. Will she find the strength to make a deal with the mad scientist Cromwell to save not just her friends and family but everyone? 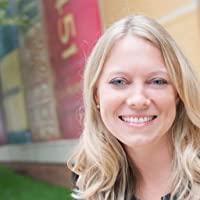 Stephanie Hansen is a PenCraft Award Winning Author. Her short story, Break Time, and poetry has been featured in Mind’s Eye literary magazine. The Kansas Writers Association published her short story, Existing Forces, appointing her as a noted author. She has held a deep passion for writing since early childhood, but a brush with death caused her to allow it to grow. She's part of an SCBWI critique group in Lawrence, KS and two local book clubs. She attends many writers’ conferences including the Writing Day Workshops, New York Pitch, Penned Con, New Letters, All Write Now, Show Me Writers Master Class, BEA, and Nebraska Writers Guild conference as well as Book Fairs and Comic-Cons. She is a member of the deaf and hard of hearing community. Find out more about her at her website, and follow her on Facebook, Instagram, Twitter, and Pinterest.
Posted by Laura's Reviews at 10:25:00 PM