Dickens in Brief, a Biography from Gina Dalfonzo of Dickensblog 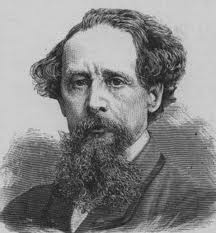 Today is Charles Dickens 200th birthday.  To join in the celebration, we have a wonderful guest blog about Charles Dickens today from Gina Dalfonzo, the editor of Dickensblog.


In 1824, a 12-year-old boy was taken from school and sent to work in a blacking warehouse to help support his impoverished family.


Most people who know anything about Charles Dickens know that fact. It’s taught to students almost as soon as they’re taught his name. What we sometimes forget that during his lifetime, almost no one knew it. Dickens could never think of that time without feelings of grief and shame—feelings so strong that he is said to have told nobody but his good friend John Forster.


It wasn’t just the menial labor, the frequent hunger, the social stigma, or the time spent away from his family, though all of those did affect him. Worse than all of them were the breaking off his education, the fear that he would never be able to resume it, and the dismay that no one in his family seemed to realize what this meant to him. 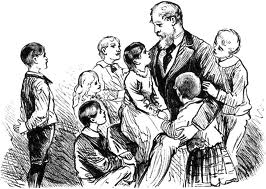 In an autobiographical fragment that was published only after his death, Dickens wrote, “The deep remembrance of the sense I had of being utterly neglected and hopeless; of the shame I felt in my position; of the misery it was to my young heart to believe that, day by day, what I had learned, and thought, and delighted in, and raised my fancy and my emulation up by, was passing away from me, never to be brought back any more; cannot be written.” When he was finally able to leave the warehouse, his mother argued that he should keep working. His father overruled her, but Dickens wrote, “I never afterwards forgot, I never shall forget, I never can forget, that my mother was warm for my being sent back.”

The scars of that time were with him for the rest of his life. They could not hold him back from becoming a brilliant and successful writer. They could not even turn him into a figure of gloom and doom; as Forster wrote, “He never . . . lost his precious gift of animal spirits, or his native capacity for humorous enjoyment.” But the deep sense of betrayal and bitterness haunted him, manifesting itself in his later relationships and his work. 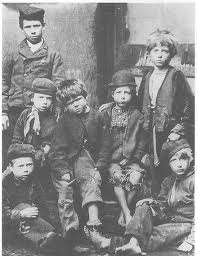 But if that were all there were to Dickens, he would not have been the Dickens we love. Many people have experienced betrayal and bitterness, but few have let those feelings inspire them the way that he did. With the energy and enthusiasm of five men, he championed the poor and needy whom he understood so well. No mere celebrity content to dabble in good works, Dickens spent countless hours raising funds and organizing charitable endeavors, and above all creating the immortal characters—Oliver Twist, Smike, Amy Dorrit, David Copperfield, Jenny Wren, and so many more—whose fictional struggles showed readers a world that many of them had never known existed. Few other writers have done so much to move hearts and change minds. Biographer Simon Callow writes, “Having experienced the lower depths, he never ceased, till the day he died, to commit himself, both in his work and in his life, to trying to right the wrongs inflicted by society, above all, perhaps by giving the dispossessed a voice.”

Forster adds, “They were not his clients whose cause he pleaded with such pathos and humour, and on whose side he got the laughter and tears of all the world, but in some sort his very self.” He fought for them as he wished someone would have fought for the lonely child he had been. He could have let that old anger and sorrow poison his mind and turn him against the rest of humanity, as some of us might have done. Instead, from his wounded heart flowed generosity and compassion that would literally change the world.

Gina Dalfonzo is editor of Dickensblog.
Posted by Laura's Reviews at 10:32:00 AM