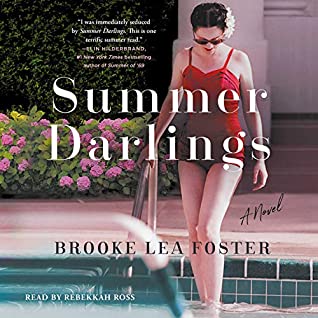 It’s 1962 in Martha’s Vineyard.  JFK is the President.  Cary Grant and Marilyn Monroe are super stars.  Heddy Winsome has finished her third year at Wellesley and is working as a nanny to a rich couple, Ted and Jean-Rose Williams.  They have two children, a six-year old named Teddy and a four-year old named Anna.

This story is told in roughly three sections.  The first section of the book we meet all of the characters and Heddy is in awe of the splendor of 1960’s Martha Vineyard and the people who populate it, including a movie star next door.  We also find out that Heddy has lost her scholarship and is desperate to return to college.  She is the daughter of a single mother and grew up in Brooklyn.  Her father was a rich man with a family of his own and wanted nothing to do with his illegitimate child.  In the second part of the book, there is a love triangle between Heddy, Ash, and Sullivan.  Ash is the surfer boy from old money that lives next door, and Sullivan is a musician that comes from a very wealthy family.  The last third of the book turns into a heist complete with blackmail.

I loved the setting and the feel of the time period.  I thought this was good escapism reading (or listening).  I was a bit thrown by the end of the book and thought there was a bit of anti-gay sentiment to it.  Otherwise, I liked the romance, and especially liked Heddy’s coming of age story.  Her movie star neighbor and mentor, Gigi was a delight.

Rebekkah Ross was a delightful narrator and was the voice of Heddy to me.

Overall, Summer Darlings is a great summer / COVID escapism read that sets you into the decadent world of the 1960’s elite.