Interview (and GIVEAWAY) with Mary Lydon Simonsen, author of The Perfect Bride for Mr. Darcy 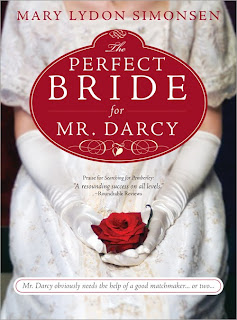 Mary Lydon Simonsen is a guest today on Laura's Reviews. Her new novel, The Perfect Bride for Mr. Darcy, " is the perfect book for all lovers of Pride and Prejudice to fill in the behind the scenes details of how our favorite two lovers were finally able to get together." See my review from earlier this week for more of my thoughts on this novel. Mary Lydon Simonsen graciously agreed to answer my burning questions about this novel.

LAG: What was your inspiration for making Georgiana Darcy and Anne de Bourgh into match makers? It is a unique and fresh twist to the Pride and Prejudice story.

LAG: Why did you decide to make the Bingleys only three of a large family of nine? I like the new Bingley siblings.

MLS: Charles is a bit wishy-washy for my taste, and with all that money, I thought he needed guidance from an older sibling. While George Bingley, the eldest brother, watches the store, Charles tries to mend fences with Jane Bennet, and in pursuing Jane, he becomes a better, more mature man and one who is less dependent upon Mr. Darcy. But while these changes were taking place, Jane permitted a certain Mr. Nesbitt to call. Everyone knows a Mr. Nesbitt type—someone whom I refer to as a conversation killer.

LAG: When did you first discover Jane Austen and what do you love about her novels?

MLS: I first met Jane Austen in high school. Pride and Prejudice was required reading in my English class, and I loved Austen’s novel so much that I read everything else she wrote in a reading marathon. I was particularly drawn to Elizabeth Bennet and Anne Elliot. I was like the shy Anne Elliot, but I wanted to become the spunky Elizabeth Bennet. And who wouldn’t want to end up with Captain Wentworth or Mr. Darcy?

LAG: I see in your author biography that you wrote a book called “Anne Elliot, A New Beginning.” I love Anne Elliot! Persuasion is tied with Pride and Prejudice as my favorite Austen novel. Can you tell us about this novel?

MLS: Me too! I love Persuasion and Pride and Prejudice equally. I will gladly tell you about my self-published novel, but first a word of warning. Anne Elliot, A New Beginning is a parody of Persuasion. Because I wanted to empower Anne, I made her a long-distance runner, and that one change was a catalyst for many others that affects all of the Elliots. In Anne Elliot, our heroine realizes that her cousin, Mr. Elliot, is not an honest person, and so she hires a Bath street urchin to help her trail the heir to the Elliot fortune around town. When Captain Wentworth comes to Bath, he joins in the chase. Although a parody, I was faithful to Austen’s love story. Of all my novels, this was the one I had the most fun writing. Thanks for asking.

LAG: Do you have any future novels in the works that you could tell us about?
MLS: Yes, I do. Sourcebooks is publishing two additional novels. In A Wife for Mr. Darcy, Mr. Darcy goes to Longbourn the day after the assembly to apologize for his rude remarks. This sends their romance down a completely different path. But the course of love never did run smooth. During the season, Mr. Darcy paid sufficient notice to Letitia Montford to get the rumor mill going, and Darcy feels that as a gentleman, he must become engaged to Miss Montford or embarrass the lady. A Wife for Mr. Darcy will be in stores in July 2011. The second novel is quite a departure for me. In Mr. Darcy’s Bite, Mr. Darcy is a werewolf. Fear not fans of our hero, Mr. Darcy retains his humanity, but being a furry creature of the night for two days every month does present complications for our beloved couple. But it’s a howling good tale and will be in stores in October 2011!

LAG: What books are on your shelf? Who do you like to read?

MLS: I read a lot of history, especially about World Wars I and II, Regency England, American history, and coal mining (my ancestors were coal miners). But when I want to read non-fiction, it is usually a mystery. I like Michael Connelly’s Harry Bosch series and Charles Todd and Barbara Cleverly’s post WWI detective series. I am reading an interesting series now: the Julia Grey mysteries by Deanna Raybourn set in the late Victorian Era. Good stuff.

Laura, thank you for having me. This has been a pleasure.

LAG: Thank-you Mary for being a guest. You had great answers to my questions!


THE PERFECT BRIDE FOR MR. DARCY BY MARY LYDON SIMONSEN – IN STORES JANUARY 2011

If the two of them weren’t so stubborn… 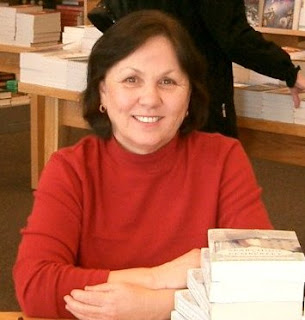 It’s obvious to Georgiana Darcy that the lovely Elizabeth Bennet is her brother’s perfect match, but Darcy’s pigheadedness and Elizabeth’s wounded pride are going to keep them both from the loves of their lives.

Georgiana can’t let that happen, so she readily agrees to help her accommodating cousin, Anne de Bourgh, do everything within their power to assure her beloved brother’s happiness.
But the path of matchmaking never runs smoothly…

Mary Lydon Simonsen’s first book, Searching for Pemberley, was acclaimed by Booklist, Publishers Weekly, and RT Book Reviews. She is well loved and widely followed on all the Jane Austen fanfic sites, with tens of thousands of hits and hundreds of reviews whenever she posts. She lives in Peoria, Arizona where she is working on her next Jane Austen novel. For more information, please visit http://marysimonsenfanfiction.blogspot.com/ and http://www.austenauthors.com/, where she regularly contributes.

Giveaway Details
Danielle of Sourcebooks has been kind enough to offer two copies of The Perfect Bride for Mr. Darcy by Mary Lydon Simonsen for a giveaway.

If you would like to win a copy of The Perfect Bride for Mr. Darcy, please leave a comment about what intrigues you about the novel or this guest blog.

The deadline for entry is midnight, Friday January 28th. 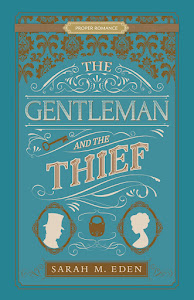 The Gentleman and the Thief by Sarah M. Eden 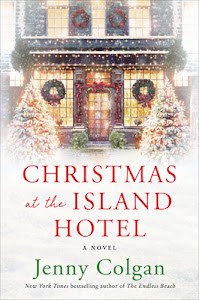 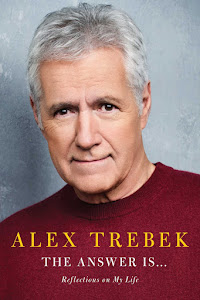 The Answer Is by Alex Trebek