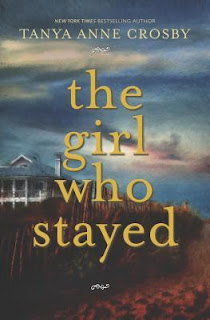 Zoe Rutherford’s sister Hannah disappeared almost three decades ago when Hannah was eight and Zoe was ten.  Throughout her life, Zoe has been haunted by Hannah’s disappearance.  She was jealous of her parents’ love for Hannah and that Hannah had found a new friend in Gabi their next door neighbor.  After Gabi accuses Zoe of murdering her sister, Zoe’s family is never right again with her father always distrustful and sure she did it and her mother existing in a drugged out state.  Zoe was sure she would never return to the family home on Sullivan’s Island, but after she is hospitalized when her vindictive boyfriend throws a pot at her head, she returns to clean the house up after a decade of rentals have left it in tatters.

On the island, Zoe feels at home but also as a stranger.  She finds herself consumed with the mystery of her sister’s disappearance.  What happened to her sister? Did Zoe herself have something to do with it?  She also has a mysterious cranky neighbor, Walter, who was Gabi’s Uncle and a war hero.  Does he know something that can help Zoe?  Zoe works on the house, but also works on herself, her complicated family history, and moving on from her abusive boyfriend.

I enjoyed The Girl Who Stayed.  The plot was a slow burn thriller, but I enjoyed so many other aspects of it as well.  I really love the details of Zoe restoring her family’s cottage on Sullivan’s Island, as well as details about the history of the island outside of Charleston, South Carolina.  It made me want to visit the island myself.  I also loved Zoe’s complicated family history and her childhood.  How things were mostly good, but then teetered off into bad after Hannah’s disappearance. Many things she didn’t understand as a child, she comes to terms with after taking a longer look back at as an adult.  She also reconnects with her brother and begins to value herself and her family more.  I cringed at the details of her abusive relationship with her boyfriend, but it made sense after her childhood and own feelings of self-worth.  The thriller part of the story kept me guessing, and it surprised me at the end – which is something I love in a thriller.

Overall, The Girl Who Stayed is a gripping, multi-layered story that I enjoyed.  I feel it would make a good book to discuss at a book club as well.  I would also vastly enjoy a movie version of this book.
Two of my favorite quotes from the novel:

“For years after, until the last face on a milk carton was printed and tossed into the trash, Zoe had found herself standing in the dairy section of the grocery story, lifting up random cartons, just to see if she could see Hannah’s face.”

“Some endings, she realized, were not neat.  Maybe closure happened the instant you put a hand over the rearview mirror.  It wasn’t some gift bestowed upon you by somebody else; it was a decision you made.”

Book Source:  Review Copy for being a part of the TLC Book Tours.  The Tour Schedule can be found at this link.

About The Girl Who Stayed

• Hardcover: 292 pages • Publisher: Story Plant (April 19, 2016) Zoe Rutherford wasn't sure what she was expecting when she returned to Sullivan's Island. The house on Sullivan's hadn't represented home to her in decades. It was the place where she endured her father's cruelty. It was the place where her mother closed herself off from the world. It was the place where her sister disappeared. But now that her parents are gone, Zoe needs to return to the house, to close it down and prepare it for sale. She intends to get this done as quickly as possible and get on with her life, even though that life seems clouded by her past, both distant and recent. But what she discovers when she gets there is far beyond her imagining and will change her in profound ways. The Girl Who Stayed is a remarkable exploration of the soul by a writer with a rare talent for reaching into the hearts of her characters and her readers, a novel of transformation that will leave you moved and breathless. 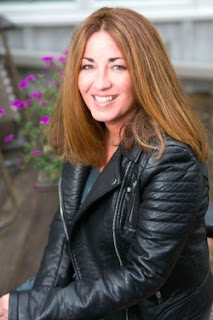 Tanya Anne Crosby is the New York Times and USA Today bestselling author of twenty-five novels. She has been featured in magazines, such as People, Romantic Times and Publisher's Weekly, and her books have been translated into eight languages. Her first novel was published in 1992 by Avon Books, where Tanya was hailed as "one of Avon's fastest rising stars." Her fourth book was chosen to launch the company's Avon Romantic Treasure imprint. Known for stories charged with emotion and humor and filled with flawed characters, Tanya is an award-winning author, journalist, and editor, and her novels have garnered reader praise and glowing critical reviews. In 2013, she penned her first romantic suspense novel, Speak No Evil, which appeared on the USA Today list. The Girl Who Stayed brings her full circle to work with Lou Aronica, President and Publisher of The Story Plant, who first published Tanya at Avon Books. Tanya and her writer husband split their time between Charleston, SC, where she was raised, and northern Michigan, where the couple make their home. Find out more about Tanya at her website and on her blog, and connect with her on Facebook and Twitter.
Posted by Laura's Reviews at 12:10:00 PM