Lessons in Chemistry by Bonnie Garmus 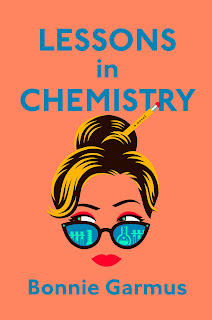 What is your favorite book that you’ve read this year?  I’ve read a lot of good books, but Lessons in Chemistry is my favorite this year.

Elizabeth Zott is a chemist, and this has been her passion and her dream.  She is the lone chemist at the Hastings Research Institute in the 1950s.  Most of her colleagues don’t believe she belongs there except for the top scientist at the institute, Calvin Evans.  Evans is a young genius and already Nobel Prize nominated while in his twenties.  He falls in love with Elizabeth’s mind and sparks fly when they get together.  When tragedy strikes, Elizabeth finds herself teaching America how to cook with chemistry in a cooking show.  Will she be able to fulfill her dream of being a chemist and also how to deal with her grief?

Lessons in Chemistry was a unique story that gripped me from the first page.  I had a hard time putting it down.  The characters were interesting and unique.  I loved their viewpoints.  I also love how the dog, Six-Thirty, narrated sections as well. The book shines a light on how hard it was for a woman, even a very gifted woman, to make a living in science in the past and to receive the same respect and pay as her male colleagues.  The hurdles that Elizabeth faced were quite high.  I’d like to say that things have completely changed from that time, but some of the hurdles were the same for me as a woman in engineering.    The book had a mystery throughout about Calvin’s past and I liked that it was tied up in a very satisfying way at the end of the novel.  It was overall an uplifting novel.  I also loved that Elizabeth found a family with her motley crew of friends.

“Elizabeth Zott held grudges too.   Except her grudges were mainly reserved for a patriarchal society founded on the idea that women were less.  Less capable.  Less intelligent.  Less inventive.  A society that believed men went to work and did important things – discovered planets, developed products, created laws – and women stayed at home and raised children.  She didn’t want children – she knew this about herself- but she also knew that plenty of other women did want children and a career.  And what was wrong with that?  Nothing.  It was exactly what men got.”

“She saw herself living in such a society.  A place that didn’t always automatically mistake her for a secretary, a place where, when she presented her findings at a meeting, she didn’t have to brace herself for the men who would invariably talk over her, or worse, take credit for her work.  Elizabeth shook her head.  When it came to equality, 1952 was a real disappointment.”

“With the exception of Calvin, her dead brother, John, Dr. Mason, and maybe Walter Pine, she only ever seemed to bring out the worst in men.  They either wanted to control her, touch her, dominate her, silence her, correct her, or tell her what to do.  She didn’t understand why they couldn’t just treat her as a fellow human being, as a colleague, a friend, an equal, or even a stranger on the street, someone to whom one is automatically respectful until you find out they’ve buried a bunch of bodies in the backyard.”

“Imagine if all men took women seriously.  Education would change.  The workforce would revolutionize.  Marriage counselors would go out of business.  Do you see my point?”

“Although he would never be a chemist, he was a dog.  And as a dog he knew a permanent bond when he saw one.”