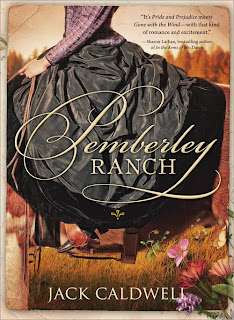 I’m honored that Laura gave me the opportunity to write a guest blog for you, but then she pulled a dirty trick. She asked me to expand on what draws me to Austen’s novels. What? Talk about what I like about one of England’s greatest novelists?

All right, but I’m going to leave stuff out.

I started reading Austen in 1981, after watching the BBC mini-series. Never one to do things by halves, I got a copy of Jane Austen, The Complete Novels, which has all her major works, including Lady Susan. So I have read them all, several times.

Why do I keep going back to Austen? Let me count the ways.

JANE AUSTEN IS FUNNY. This is where most of the movie and television adaptations go wrong. Austen is hilarious. In virtually all her works, the protagonist is surrounded by well-meaning fools. Take Pride and Prejudice. Mrs. Bennet and Mr. Collins are very silly, but if you think about it, so are Mr. Bennet, Sir William Lucas, and even Lady Catherine de Bourgh, in their own fashion. Elizabeth disarms and charms with her wit, but it is Jane Austen’s wit that has us returning to the novel.

This is a theme throughout Austen’s works. We all know Emma is a lovable fool, but in a gentler way, so is Catherine Morland in Northanger Abbey. John Thorpe is a bloody idiot. You have Sir Walter, Elizabeth Elliot, and Charles Musgrove in Persuasion. Mr. Rushworth and John Yates in Mansfield Park. Only in Lady Susan is there an absence of amusing characters.

The one that always gets butchered is Sense and Sensibility. Marianne doesn’t just start out as overly romantic—I think she is actually very immature and silly. She learns to become more mature and serious throughout the novel. We know about Sir John Middleton, Nancy Steele, and Mrs. Jennings, but what about the duo of Thomas and Charlotte Palmer? Can John Dashwood be any more ridiculous? C’mon, people, put the humor back in Austen!

JANE AUSTEN CAN TURN A PHRASE. Austen’s sparkling dialogue is a gem, meant to be enjoyed over and over again.

Take this scene from Pride and Prejudice. At Netherfield, while Jane lays sick upstairs, Caroline has just finished her silly fawning over Darcy’s letter writing, and Lizzy and Darcy are enjoying a little argument.

[Elizabeth] “You appear to me, Mr. Darcy, to allow nothing for the influence of friendship and affection. A regard for the requester would often make one readily yield to a request without waiting for arguments to reason one into it. I am not particularly speaking of such a case as you have supposed about Mr. Bingley. We may as well wait, perhaps, till the circumstance occurs before we discuss the discretion of his behavior thereupon. But in general and ordinary cases between friend and friend, where one of them is desired by the other to change a resolution of no very great moment, should you think ill of that person for complying with the desire, without waiting to be argued into it?”

[Darcy] “Will it not be advisable, before we proceed on this subject, to arrange with rather more precision the degree of importance which is to appertain to this request, as well as the degree of intimacy subsisting between the parties?”

“By all means,” cried Bingley, “let us hear all the particulars, not forgetting their comparative height and size; for that will have more weight in the argument, Miss Bennet, than you may be aware of. I assure you that, if Darcy were not such a great tall fellow, in comparison with myself, I should not pay him half so much deference. I declare I do not know a more awful object than Darcy, on particular occasions, and in particular places; at his own house especially, and of a Sunday evening, when he has nothing to do.”

JANE AUSTEN’S PLOTS ARE ENGAGING. Her plots are either “boy meets girl; boy loses girl; boy gets girl back”, “Boy and girl want to get together, but someone/something is keeping them apart” and/or “boy/girl has no idea that girl/boy likes them until almost too late.” However, it is due to Austen’s genius that she can make each of her stories bright and new. They all are different and delightful.

JANE AUSTEN WRITES ABOUT SERIOUS STUFF. Austen might have been a gentle writer writing about gentle things, but an undertone is always present: The battle between immorality and morality. Greed, jealousy, infidelity, fornication, dishonesty—it’s all there in her works. Take her masterpiece of principles over fashionable behavior, Mansfield Park. I know Fanny Price is not everyone’s favorite heroine, but she remains steadfast in her behavior in the face of her beloved Edmund falling for the charms of the brilliant and morally weak Mary Crawford. Because she remains true, she gets her heart’s desire, while the worldly Maria Rushworth destroys herself with an affair with Henry Crawford. The good and righteous always triumph in Austen’s stories.

JANE AUSTEN’S CHARACTERS ARE ALIVE. Setting aside that loud-mouthed plot device, Colonel Fitzwilliam, Austen’s characters seem familiar. It is because they are. We all have a friend who talks before she thinks. We know a wallflower just waiting to bloom. We have a buddy who is strong and ironic, but they’re hurting deep inside because of a woman. We’ve met Mr. Collins, Lady Catherine, John Willoughby, Maria Bertram, and Marianne Dashwood. We love reading about them and writers love making these figures their own.

There—under one thousand words. I know I left some stuff out. What about you? Why do you read Jane Austen time and time again?

Remember—it takes a real man to write historic romance, so let me tell you a story. 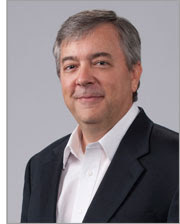 PEMBERLEY RANCH BY JACK CALDWELL – IN STORES DECEMBER 2010
When the smoke has cleared from the battlefields and the civil war has finally ended, fervent Union supporter Beth Bennet reluctantly moves with her family from their home in Meryton, Ohio, to the windswept plains of Rosings, Texas. Handsome, haughty Will Darcy, a Confederate officer back from the war, owns half the land around Rosings, and his even haughtier cousin, Cate Burroughs, owns the other half.
In a town as small as Rosings, Beth and Will inevitably cross paths. But as Will becomes enchanted with the fiery Yankee, Beth won’t allow herself to warm to the man who represents the one thing she hates most: the army that killed her only brother.
But when carpetbagger George Whitehead arrives in Rosings, all that Beth thought to be true is turned on its head, and the only man who can save her home is the one she swore she’d never trust…
“It’s Pride and Prejudice meets Gone with the Wind—with that kind of romance and excitement.”—Sharon Lathan, bestselling author of In the Arms of Mr. Darcy
About the Author
Jack Caldwell, a native of Louisiana living in the Midwest, is an economic developer by trade. Mr. Caldwell has been an amateur history buff and a fan of Jane Austen for many years. Pemberley Ranch is his first published work. He lives with his wife in Minnesota. For more information, please visit http://webpages.charter.net/jvcla25/ and on http://www.austenauthors.com/, where he regularly contributes.

Giveaway Details
Danielle of Sourcebooks has been kind enough to offer two copy of Pemberley Ranch by Jack Caldwell for a giveaway.
If you would like to win a copy of Pemberley Ranch, please leave a comment about what intrigues you about the novel or this fantastic guest blog.
As part of your comment, you must include an email address. If I can't find a way to contact you I will draw another winner.
For an additional entry, blog about this giveaway or post it on your sidebar. Provide a link to this post in your comment.
I will be using random.org to pick the winners from the comments.
This contest is only open to US and Canadian residents (Sorry!).
No P.O. Boxes.
The deadline for entry is midnight, Friday December 24th.
Good luck!
Posted by Laura's Reviews at 2:21:00 PM