Writing About the Marshals by Elizabeth Chadwick (and GIVEAWAY) 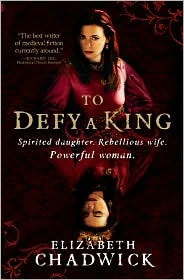 When you first wrote about William Marshall in "The Greatest Knight" did you plan to continue writing about his family or did you find such interesting information that you couldn't stop writing? It's a fascinating picture of history and I'm intrigued by your writing process.

Many thanks for inviting me to talk today on your blog, and for a fascinating question. I came to William Marshal and ‘The Greatest Knight’ in a similar way to Peter Jackson coming to the Lords of the Rings. He often tells the tale of lying awake at night with his wife and talking about how someone should make a film of Tolkien’s epic and finally arriving at the realisation that it might just have to be him.

With William Marshal, I had often come across him in the course of writing other novels set in the Middle Ages. His life was so full and dramatic, that I had often thought to myself, ‘Someone should write a book about him.’ I kept waiting for a proper ‘big name’ author to write his story, but eventually decided that perhaps it might just have to be me and that I should fully embrace the genre of the biographical novel in which I’d already been dipping my toes with Lords of the White Castle and Shadows and Strongholds.

Although I knew that William Marshal had lived an epic life on an epic stage (almost hanged at 5 years old in the reign of King Stephen but surviving to manhood to serve Eleanor of Aquitaine and save her life, then to serve her eldest son until the young man’s death, followed by Henry II, King John and Henry III, eventually dying while regent of England), I still hadn’t grasped the true scope and humanity of the man until I came to research him in detail for The Greatest Knight and The Scarlet Lion. What had set out to be just the next project along the way became a personal journey and a deep and abiding interest – and love - for William Marshal and his family.

I think it does help tremendously that we have the Histoire de Guillaume le Mareschal as a primary source. It’s the story of his life from cradle to grave told as a rhyming poem, 19,212 lines long and written shortly after his death, so containing many instances of eye witness reports. While it tends to big its hero up, because it was intended for his family, it nevertheless gives us intimate glimpses into the life of a 12th and 13th century man, his family and their affinities. It rewards us with such small and telling details as the fact that William was known as ‘Gaste Viande’ in his youth, meaning ‘Greedy guts’, and that he liked his sleep. Having raised two sons myself, I can so identify with the voracious eating habits and slugabed tendencies of young males! We know that one of his first warhorses that he used in the tourney was called Blancart and that although a fine horse, he had a bad mouth and William had to make him a special bridle in order to control him. We know that while on pilgrimage in the Holy Land, he obtained his own burial shrouds, brought them home, put them in a chest and told no one about them until he was on his deathbed 30 years later. We know from incidents in the Histoire that he had a mischievous sense of humour, that he was very fond of singing, and that he loved his children, but had an especial place in his heart for his eldest daughter Mahelt. It’s these fine details over and above the great doings and politics that bring home to me, and I hope my own readers, that these were real people who lived and loved, 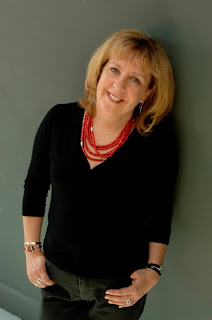 struggled and strove. While the centuries have created many differences between us, we are still united by so many similarities.

Having written about William Marshal, I started to become very interested in his parents John and Sybilla. I wondered what influence they had brought to bear on their son in terms of genetics and behaviour. John FitzGilbert Marshal gets the fuzzy end of the lolly in the historical record because of his supposed indifference to his son during a hostage situation. He told King Stephen, who was holding William under pain of death against John’s compliant behaviour, to go ahead and do away with the child because he had the anvils and hammers to beget better sons. But again, like William, when I came to research John Marshal’s story in A Place Beyond Courage, I found so much more going on under the surface, and balancing John Marshal’s reputation has become something of a cause celebre for me these days!

Still not done with the Marshal family, I went off at a tangent to explore the story of the Bigod family who married into the Marshal line via William’s eldest daughter Mahelt, and I found myself entering the world of Henry II’s young mistress, Ida de Tosney. This was an eye-opener concerning the power of kings to do what they wanted against innocent young girls, and an exploration of the ties that bind for better or worse. Ida’s second son, Hugh (her first, William Longespée was bastard born to Henry), heir to the earldom of Norfolk, married William Marshal’s eldest beloved daughter Mahelt, thus uniting the two great families.

Mahelt, the female lead in To Defy A King, appears in small but telling sections of her father’s Histoire. She is seen marrying Hugh Bigod at her father’s behest, and is described as having ‘wisdom, generosity, beauty, nobility of heart, graciousness and all the good qualities that a noble lady should possess.’ Of course this is typical speak for a chronicler boosting his subject, but he also says that ‘Her worth father loved her dearly.’ Those words are not said about her four sisters, although their fair attributes are described in detail. William probably did love his other daughters, but that remark sets Mahelt aside as his favorite.

The Marshals and the Bigods were split by the civil war crisis during the reign of King John and I wanted to look at what it might have been like for 14 year old Mahelt to have an arranged marriage and then to have to try and balance herself between her two families and be loyal to both.

Will there be any more Marshal novels in the offing? Who can say down the line, but whether or not I do, they have entered my life, and will remain with me forever!

Giveaway Details Sourcebooks has been kind enough to offer one copy of To Defy a King by Elizabeth Chadwick for a giveaway.

If you would like to win a copy of To Defy a King, please leave a comment about what intrigues you about the novel or this guest blog.

The deadline for entry is midnight, Friday April 8th. Good luck!
Posted by Laura's Reviews at 9:51:00 AM