A Watershed Year by Susan Schoenberger 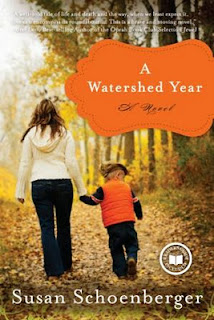 Some novels grab you and don’t let you go until you have finished a marathon reading session. Even afterwards, you find yourself thinking about the novel and wondering about various characters and plot points. A Watershed Year is just such a novel.

I will admit that I initially wanted to read A Watershed Year because of its very cool title. I am a dorky water resources engineer, and one item I do in my job is to draw watershed maps to determine where rainfall will drain once it hits the earth. A watershed is the boundary between two different drainage areas, although in the title to this book, the watershed is the division between the period of Lucy’s life before and after the death of her best friend (and secret love) Harlan.

Although I had my own nerdy reason for initially picking up A Watershed Year based on its wonderful title, I found myself soon swept into Lucy’s life. The book begins at Harlan’s end. He knows he is at the end of his life although he is only thirty-three and asks Lucy to be with him at the end. When she comes to be with him, she discovers he died before she got there. She grieves for him, but two months after his funeral, she starts to receive monthly inspirational, informative, and confessional emails from Harlan that outline his love for Lucy when it was too late and also explain past decisions.

The book moves on in Lucy’s life, but also flashes back to how they first met as students and ended up as professors together at the same college. Harlan was engaged for most of their relationship until he contracted cancer. Lucy and Harlan never seemed to be on the same page for having their relationship work out.


Lucy tries to move on with her life by becoming what she has always dreamed of becoming, a mother. She adopts a 4-year old boy, Mat, from Russia, but the adoption is put into jeopardy when his father arrives stating that he never signed the papers to give Mat up. Will Lucy get her happy ending?


I loved this book, the characters, the setting, and the story. Although the emails from Harlan were reminiscent of the letters after death in P.S. I Love You; it was still a wonderful and unique story. Lucy was a wonderfully complicated character that I wanted to sit down and have coffee with. I loved her friends and her family. Her problems and life seemed very realistic. I liked how the book did not turn itself into a starry eyed fantasy that Lucy would instantly find love after Harlan’s death, or that Mat would be an angelic boy. Her adoption of Mat and trying to cope with his behavior was very believable to me as a mother of three. Love in all of its complications was portrayed in a wonderfully nuanced way in A Watershed Year. I also enjoyed that the story was about a thirty-something year old woman with a career of her own trying to find her second chance at happiness.

I also loved the timeframe that this story was set in. Harlan first discovers that he has cancer when he faints as the World Trade Center towers collapse on September 11th. The novel ends shortly after America enters the War in Iraq. It brought back memories of some of our most terrible times as a country, and it was interesting to see the times reflected in Lucy’s life and her ultimate move towards hope. I also thought a side story about Lucy’s brother and sister-in-law and their hard financial times was also very relevant. After the hard financial times of this past three years, it is hard to remember that the early 2000’s also had a downturn in the economy. 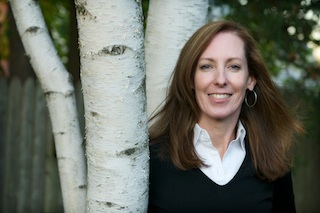 Another key part of the story was that Lucy’s professional research was into the lives of saints. There were fascinating tidbits about saints throughout the novel. Lucy was a bit of a saint herself. She sacrificed a year of her life to care for her dying friend Harlan and also adopted an older boy that may have been left in the orphanage system to live a life of deprivation. She had her human failings as well – pushing Harlan and not accepting his decision to stop treatments, and not willing to realize that Mat’s father might want to keep his son. As a Catholic who became Catholic later in life, I thought the saint information was riveting, and as a reader, I liked how it played itself out throughout the novel.


Some of my favorite quotes in this novel were related to the saints including:

“If you want to know what the human spirit is capable of doing, read about the life of a saint.”

“Beyond that, small groups devoted themselves to particular saints, supporting shrines and societies that offered hope to people who couldn’t live without it. And those people came week after week, even day after day, to petition, say novenas, move rosary beads swiftly through practiced fingers. They didn’t make the news, even if their prayers were answered, but that never stopped them.”


Lucy was very perceptive about people including her sister-in-law, which inspired her to think another one of my favorite passages.

“But then again she thought, no one sees themselves as others do. The tics the fears, the neediness, the vanity – all of it could be laid bare in one conversation.”

Overall, A Watershed Year is a wonderfully complex novel with great, moving, and realistic characters and a captivating plot. I loved reading this novel, my only complaint was that it had to end. I would love to read more about these characters. The book club questions and interview with author Susan Schoenberger at the end of the novel were also very interesting.

I read A Watershed Year as part of the TLC Book Tour. The complete list of tour stops can be found here.