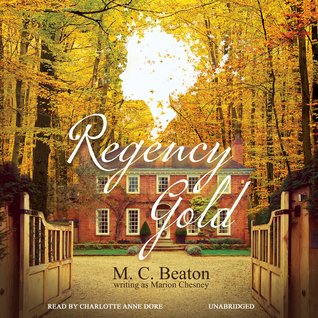 Jean Lindsey is an orphan who lives with her drunken Uncle Hamish in a Scottish manse. Uncle Hamish gives her very poor clothing and makes her do much of the work around the house, including writing her Uncle’s sermons. She has been tutored by the kindness of local lord and lady with their snobby daughters.  It is at a party at their home where Jean Lindsey first meets the handsome and elegant John, the Marquis of Fleetwater.  She is attired in her mother’s old dress and is hopefully out of date.  Fleetwater takes pity on the girl and dances with her, but things as they always do with Jean go awry in her conquest of Fleetwater.  Jean has an overactive imagination and spends much of her time in her imaginary world oblivious of what is going on around her.  This causes many, many hilarious situations that always sadly seem to bring Jean down in the world.

Fleetwater knows that Jean is not of his class and has many blunders in society, but he can’t help his attraction to her.  Jean realizes that although Fleetwater’s stuffy ways often irritate her, he is the only man for her.  Jean goes to London to visit her Godmother and get a season in town.  A plot develops where someone is trying to kill Jean because of her rumored inheritance.  Fleetwater vows to project her.  Jean makes new friends including Teddy and his sister, who care more about hunting then society, but also care about Jean herself.  Will true love find its course and will the would be assassins be discovered?

I thought Regency Gold was a very entertaining audiobook.  Charlotte Anne Dore was a good narrator.  The light humor of the story as well as the mystery story line kept me intrigued on my long commute to and from work each day.  I particularly liked the characters and that Jean was not a perfect miss, and either was Fleetwater.  I also love the Regency time period in general.  I’ve listed to a few other Marion Chesney regency audiobooks, and I’ve found them all to be pleasant light stories that are good entertainment.  I’ll admit though that there were many times that I wanted Jean to pick the good hearted Teddy and be done with the heavy handed Marquis.

Overall, Regency Gold is a good audiobook to keep you entertained with humor, chaste romance, and mystery.  I found it to be something great to listen to after a long day of work – stress relieving!
Posted by Laura's Reviews at 2:42:00 PM